Difference between revisions of "Adrian Schoolcraft"

Adrian Schoolcraft was a member of the NYPD who began making audio recordings of his workplace.

Schoolcraft was interrogated by Deputy Chief Michael Marino, who asked: "Adrian ... you didn't hear us knocking on that door?" Schoolcraft said no and after further questions said, "Chief, if you were woken up in your house how would you behave? What is this, Russia?" The two argued about whether Schoolcraft's early departure from the station was authorized, and whether he would return to the station with the team.[1]

Marinaro then ordered, "Just take him. I can't f------ stand him anymore."[2] The police found and confiscated one tape recorder, but the other remained undiscovered and kept rolling.[1]

Schoolcraft was involuntarily committed to a psychiatric ward in Jamaica Hospital Medical Center. He was handcuffed tightly to a bed and prevented from using a telephone, by orders of police who were present. An officer told the hospital that police had "followed him home and he had barricaded himself, and the door had to be broken to get to him."[1] 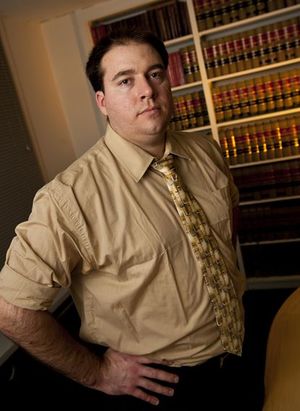