Difference between revisions of "Antony Sutton"

Antony Cyril Sutton was a British-American historian who conducted significant research in to secret societies and the covert transfer of cutting edge military technology from the United States to the Soviet Union during the Cold War.[1][2]He considered America's Secret Establishment: An Introduction to the Order of Skull and Bones, his work on the Yale University Skull and Bones fraternity to be his "magnum opus".

In the 2009 reprint of America's Secret Establishment, Kris Millegan had the following to say about the death of professor Sutton: "Anthony Sutton was a giant among men. His integrity cost him dearly: his vocation, his income, his family ... maybe even his life. [...] Tony had collapsed to his kitchen floor early one morning. All the coroner would tell me was 'natural causes'. I asked his partner for many years what happened; she said she didn't know, she was sleeping. The only thing strange was that some folks had moved into the apartment upstairs a few weeks before, and then moved out right after Tony's passing." [3]

Retrieved from "https://wikispooks.com/w/index.php?title=Antony_Sutton&oldid=172974"
Categories:
... more about "Antony Sutton"
RDF feed
Born on
February 14, 1925 +
Constitutes
Author +, Historian +  and Economist +
Description
A scholarly and controversial professor whose research has become increasingly influential as the Internet Age has gathered momentum after his death at the age of 77 in 2002. +
Died on
June 17, 2002 +
Display born on
14 February 1925 +
Display died on
17 June 2002 +
Display docType
Wikispooks Page +
Display image
File:Antony_C_Sutton.jpg +
Display image2 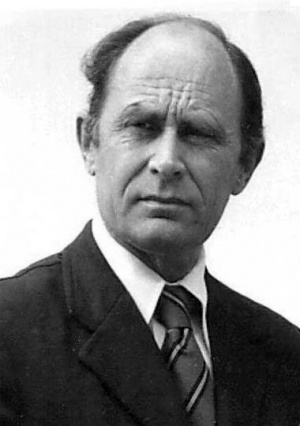 +
Has image2
File:Antony_C_Sutton.jpg +
Has interest
Skull and Bones +, Deep state +, US/Federal Reserve +  and The money trust +
Has nationality
British +  and American +
Has noRatings
0 +
Has objectClass
Person +
Has objectClass2
Person +
Has revisionSize
2,589 +
Has revisionUser
Robin +
Has sourcewatch
http://www.sourcewatch.org/index.php/Antony C. Sutton +
Has wikipediaPage
https://en.wikipedia.org/wiki/Antony C. Sutton +
Has wikipediaPage2
https://en.wikipedia.org/wiki/Antony_C._Sutton +
Is not stub
true +