"Assassination" is murder, and hence illegal, so is seldom if ever used by commercially-controlled media to describe the policies of countries such as USA or UK. The head of MI6 even ventured to say deny that the organisation had ever carried out assassinations. Until the case of Anwar al-Awlaki, the US government too refused to publicly admit it had a policy of assassinations. When this admission was publicly made, the BBC did not use the word "assassination", choosing instead to headline their report "US approves killing US-born cleric Anwar al-Awlaki".[1]

Wikipedia reports that "Targeted killing is the intentional killing – by a government or its agents – of a civilian or 'unlawful combatant' targeted by the government". It gives prominence to the ideas of Georgetown Law Professor Gary Solis, who in his 2010 book entitled "The Law of Armed Conflict: International Humanitarian Law in War" wrote that "Assassinations and targeted killings are very different acts".[2]

The 9/11 event was used to persuade congress to approve assassination of al-Qaeda purported leaders. People on the target list are considered military enemies of the U.S., and therefore not subject to a ban on political assassinations approved by former President Gerald Ford, which declared that "No employee of the United States Government shall engage in, or conspire to engage in, political assassination."[3] Nevertheless, the authorization was controversial.[4] 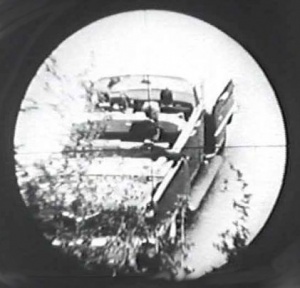