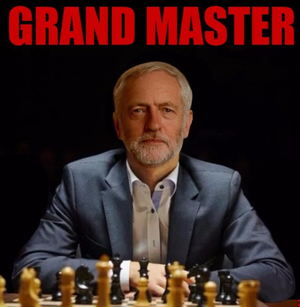 The media have been abuzz today with details and discussion of Labour’s draft manifesto, which was leaked last night to the Telegraph, Daily Mirror and BBC. The discussions have – as this blog predicted last night – been far more intense, longer and more positive than would have been the case with a typical, scheduled manifesto launch.

So positive, in fact, that some outlets are starting to speculate whether Corbyn himself might have been responsible for the leak.[1]

The manifesto itself is breathtaking in its scope and vision. And as journalist Paul Mason observed:

"This is appalling. Millions of people are going to find out what Jeremy Corbyn is promising BEFORE the Blairites try to sabotage it." 😜[2]

Did Corbyn or his team leak it? Let’s look at a few facts. 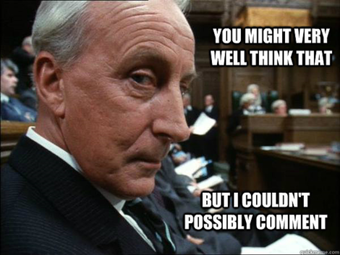 If the manifesto leak was deliberate, it outflanked the hostile right-wing media to such an extent that they slipped up and bypassed the usual blocks and filters designed to prevent the Labour leader’s message reaching the public’s ears in its true form – instead giving it massive free and largely positive publicity.

If the manifesto leak was deliberate, it prevented the small section of the Labour Establishment that sees a lost General Election as a price worth paying if it helps them to remove Corbyn and who might try to brief against it before a scheduled launch.

If the manifesto leak was deliberate, it was a move of tactical genius worthy of The West Wing or House of Cards.

If the manifesto leak was deliberate, it won over even usually-entrenched opponents such as the Guardian‘s Polly Toynbee and had ‘on the fence’ journalists salivating.

If the manifesto leak was deliberate, it’s an incredibly bold, smart and intelligent move that puts Corbyn in a league of his own compared to Theresa May and any other party leader.

It’s also notable that the document was leaked simultaneously to the Tory-supporting Telegraph, Labour-supporting Mirror and the UK’s national state broadcaster, whereas a hostile leak would have gone only to the hostile media.

The SKWAWKBOX knows the answer to the question. So, did Corbyn or another member of the senior leadership team leak the draft manifesto as a political masterstroke?

This is Hitler's reaction to the leaked manifesto 🤣.[3]