Document:Shooting to kill Corbyn - the coup is on 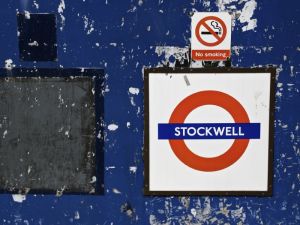 Stockwell Tube Station, London, where Jean Charles da Silva e de Menezes was shot dead on 22nd July 2005 by officers of the Metropolitan Police Service. He was entirely innocent of having anything to do with terrorism.

Right wing Labour MPs have launched a full-scale coup against Jeremy Corbyn, and against the members of the party they represent, writes Oliver Tickell. Their plan is simple - backed by mainstream media, to discredit him so utterly that even his supporters turn against him - and elect a new 'heir to Blair' leader:

"The purpose is simple. It is to brand Corbyn a softie, a cissy, an ex-hippy peacenik, unfit to rule, weak on defence, a risk to national security, a left-wing corduroy-jacketed beardie."

There's no doubt about it. Shooting to kill is all the vogue.

No, that's not terrorists I'm talking about. The target is a mild mannered gentleman of 66 who wouldn't hurt a fly, if he could help it.

And that's the problem. As David Cameron talks tough on shooting terrorists on Britain's streets, bombing Syria, shooting off nuclear weapons at unnamed enemies, over half of the Labour Party's MPs in the House of Commons gaze in admiration, open mouthed, wondering why their leader couldn't be more like that.

Why not someone more like ... Tony Blair. He talked tough, he walked tall with George W. Bush, he wasn't afraid to unleash the dogs of war on the Middle East and Afghanistan.

Moreover most of those Labour MPs who are sniping at Corbyn from the green benches of the House of Commons know which side their bread is buttered. It was Tony Blair who put them there, after all, by imposing short lists of 'approved' right wing candidates on local parties.

And now they are at risk in a newly energised left wing Labour Party that has just elected a genuinely progressive, pacifist, environmentalist left wing leader. All the hundreds of new members that have flooded into the party inspired by Corbyn's combination of compassion, understanding and commitment to social, ecological and economic justice are hardly going to reselect them when the time comes.

So here's the plan: seize on any perceived weakness and attack, attack, attack. Hit hard, hit often, in public and in private. Backed up by the entire spectrum of Britain's 'mainstream' media who are only to happy to join those Labour MPs in putting the boot in.

And the objective is clear: kill Corbyn. Wipe him out. Discredit him so utterly that not only will MPs and media unite against him, but even his supporters in the wider Labour Party will lose faith and either leave the party in disgust, or refuse to re-elect him after the leadership challenge they are building up to.

It all began with the debate on Trident when Corbyn said he would in no circumstances commit the grave international crime of using nuclear weapons, whose detonation on any likely target would inevitably kill hundreds of thousands of innocent civilians and shower large parts of the Earth with intensely radioactive fallout.

It picked up steam with Corbyn's unenthusiastic response for the assassination of the ISIS terrorist 'Jihadi John' in Syria in a UK-supported drone strike - demanding to be told of its legal basis.

"I would only authorise actions that are legal in the terms of international law", he told ITV news. "I am awaiting an explanation of where the legal basis was for that incident that went on." International law? When did that ever have anything to do with anything? It didn't stop Tony Blair, did it?

And now he wants to deprive the UK of a chance to exhibit its national virility by bombing ISIS target in Syria, even denying his MPs a free vote. "I'm just not convinced that a bombing campaign will actually solve anything", he told Sky News. "It may well make the situation far worse.

"We can't go on in a cycle of wars and destruction, one after the other after the other, which is what we're going through at the moment ... I want us to be able to put together a proposal, a series of measures that do enhance the security of people in this country."

The dog that didn't bark 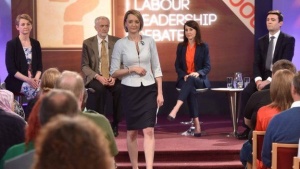 And then there was his interview with the BBC's perspicacious political editor Laura Kuenssberg, broadcast on Monday, in which he said - among many other things - that he would prioritise the prevention of terrorism over 'shooting to kill' terrorists on the streets.

"I'm not happy with the shoot-to-kill policy in general", he told her. "I think that is quite dangerous and I think can often can be counterproductive. I think you have to have security that prevents people firing off weapons where you can, there are various degrees for doing things as we know. But the idea you end up with a war on the streets is not a good thing."

These are the words that launched a thousand attacks. Note - there was no outright refusal to allow security forces to shoot and kill terrorists in all circumstances. That's what he meant, surely, by the words "there are various degrees for doing things as we know."

But first, this was just the concluding few seconds of a long (nine minute) interview in which he spoke in careful and measured terms: asking where ISIS was getting its money and weapons were coming from; demanding enhanced security in Britain and across Europe to prevent any further attacks like those in Paris; pointing out that there was no such thing as Al Qaida in Iraq before the war began in 2003; seeking the involvement of the United Nations in Syria; highlighting the role of communities in tackling extremism; calling on Cameron to rescind police cuts that would damage their ability to combat terrorism; condemning ISIS in firm and absolute terms; and seeking political rather than merely military solutions to international problems.

In short, there was absolutely nothing that any informed and rational person could disagree with.

And here's the mystery. Kuenssberg is always good at nailing down the key, defining question. And the obvious follow-up to Corbyn's reluctance to endorse "war on our streets" was, surely: "But just to be completely clear for our listeners Mr Corbyn, would you or would you not agree to the use of lethal force against terrorists if that was necessary to save civilian lives?"

But this is the question that was not put. Did Kuenssberg know that she had what she wanted 'in the can' and that any further question would only detract from its impact? Was a BBC producer yelling "Cut!" into her ear?

Because what Corbyn would have said in answer to that question is surely something like this: "The overwhelming priority must be to stop war breaking out on our streets in the first place. But obviously yes, if a terrorist attack is taking place and civilian lives are at risk, security forces must respond appropriately and at times that will mean shooting and killing terrorists - not as a kneejerk response but as a last resort. Because what we should be trying to do is to disarm and arrest them and hold them accountable for their crimes."

He could also have raised the case of Jean Charles da Silva e de Menezes, shot dead at Stockwell Tube Station, London, on 22nd July 2005 by officers of the London Metropolitan Police who had mistakenly identified him as one of '7/7' bombers. He was entirely innocent of having anything to do with terrorism.

To understand is to resist

The first thing is for us all to understand what is going on. The rush to attack and denounce Corbyn is not based on anything he said. After all, what's to disagree with?

It is not a sign that a debate is taking place in the Labour Party. The ferocity and intensity of the attacks is, on the contrary, intended precisely to prevent rational debate and forestall any reasonable discussion of the issues.

The purpose is simple. It is to brand Corbyn a softie, a cissy, an ex-hippy peacenik, unfit to rule, weak on defence, a risk to national security, a left-wing corduroy-jacketed beardie scarcely fit to serve as a humanities lecturer in a third rate ex-Polytechnic University.

It is above all to present him as, and render him, unelectable - a man who can only lead Labour to abject failure in any future general election. And so convince the great mass of the Labour Party to turn against their failed left-wing champion and elect in his place an 'heir to Blair'. Someone more like ... David Cameron?

So first, understand. Second, don't fall for it. Third, resist.