Francis Ghilès is a member of the Institute for Statecraft. He is a member of the IfS "TOR Team" with a reported 25 years of experience. His job title is listed as "Forensic research" and his other roles as "Other role Russia energy and infowar link between Europe and MENA".[1]

His Linkedin page states "Trilingual political scientist who through eighteen years at the Financial Times reporting on international capital markers and North Africa built up extensive experience and contacts throughout the Western Mediterranean, the UK, the USA, Japan and Europe, especially France and Spain. Analyses emerging security, political and denergy trands and connects themm to European, US and North Africanpolicy priorities".

Ghilès has written for a range of commercially-controlled media outlies such as the Financial Times, Le Monde, The New York Times and El Pais. 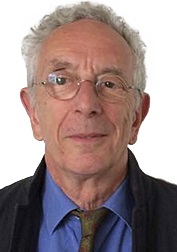 +
Has image2
File:Francis Ghilès.jpg +
Has interest
Middle East +, Algeria +  and Energy +
Has linkedin
https://www.linkedin.com/in/francis-ghiles-14259170 +
Has nationality
France +
Has noRatings
0 +
Has objectClass
Person +
Has objectClass2
Person +
Has posting
Research Assistant +
Has revisionSize
1,648 +
Has revisionUser
Robin +
Is not stub
true +
Has subobject"Has subobject" is a predefined property representing a container construct and is provided by Semantic MediaWiki.
Francis Ghilès +