Ross Greer (born 1 June 1994) is a Scottish Green Party politician who is a Member of the Scottish Parliament (MSP) for the West Scotland region. Greer is the youngest ever MSP, elected at the 2016 election at the age of 21 years old.[1]

"Can #Article50 be revoked and the Brexit process ended? Today the European Court of Justice heard the case that Andy Wightman, I and others brought to answer this question.[2]

Here's my 60-second explanation of what we're trying to achieve for you:[3]

Pleased to be co-proposing the motion to @ScotParl next week from the Greens, SNP, Labour & Lib Dems, rejecting both a No-Deal Brexit and the disastrous deal the Tories have negotiated.

Scotland's voice will be heard.[4] 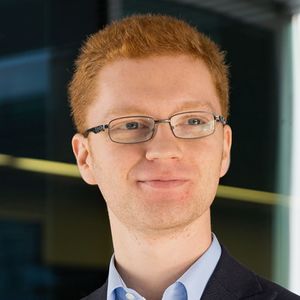 +
Has image2
File:Ross_Greer.jpg +
Has nationality
Scottish +
Has noRatings
0 +
Has objectClass
Person +
Has objectClass2
Person +
Has posting
Member of the Scottish Parliament for West Scotland +
Has revisionSize
2,137 +
Has revisionUser
Robin +
Has twitter
https://twitter.com/Ross_Greer +
Has wikipediaPage
https://en.wikipedia.org/wiki/Ross Greer (politician) +
Has wikipediaPage2
https://en.wikipedia.org/wiki/Ross_Greer_(politician) +
Is not stub
true +
Source credit
Wikipedia +
Has subobject"Has subobject" is a predefined property representing a container construct and is provided by Semantic MediaWiki.
Ross Greer +