The Wuhan Institute of Virology (WIV) opened mainland China's first biosafety level 4 laboratory in 2015. They carried out "gain-of-function" research on coronaviruses.[1] Researchers from WIV have published many papers about novel coronaviruses, including transgenic SARS/HIV hybrid viruses.[2][3] Zhengli Shi has headed the research.[citation needed]

"Since 2004, shortly after the original SARS outbreak, researchers from the WIV have been collecting bat coronaviruses in an intensive search for SARS-like pathogens."[5]

The WIV does "gain-of-function" research, which seeks to increase virulence of viruses. The lab has been supplied with viruses including Ebola, Henipah from Canada, which reportedly doesn't do such research.[1]

In 2016 researchers at the WIV reported "the isolation and characterisation of a novel bat coronavirus which is much closer to the severe acute respiratory syndrome coronavirus (SARS-CoV) in genomic sequence than others previously reported." [6]

"Researchers from the institute have insisted there is no link between the [COVID-19] outbreak and their laboratory."[7] 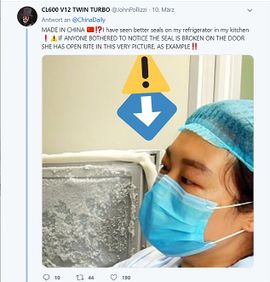 In April 2020, the Western commercially-controlled media began blaming the Wuhan Institute of Virology for the outbreak of Covid-19, often citing anonymous "intelligence" sources.[9]

The WIV has received funds for its "gain-of-function" research from EcoHealth Alliance, whose head, Peter Daszak, has publicly defended its importance and headlined a piece for The Guardian — initially without declaring any conflict of interest — entitled Ignore the conspiracy theories: Scientists know Covid-19 wasn't created in a lab.[10]