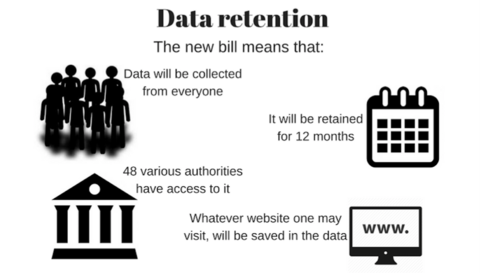 It also addressed the legal status of MI5's use of criminal activity, as was revealed in March 2018 after the UK government lost a 7 month legal battle.[1]

The Register observed that by preventing evidence being revealed or questioned in court, the act effectively permits parallel construction with evidence obtained through mass surveillance.[2] 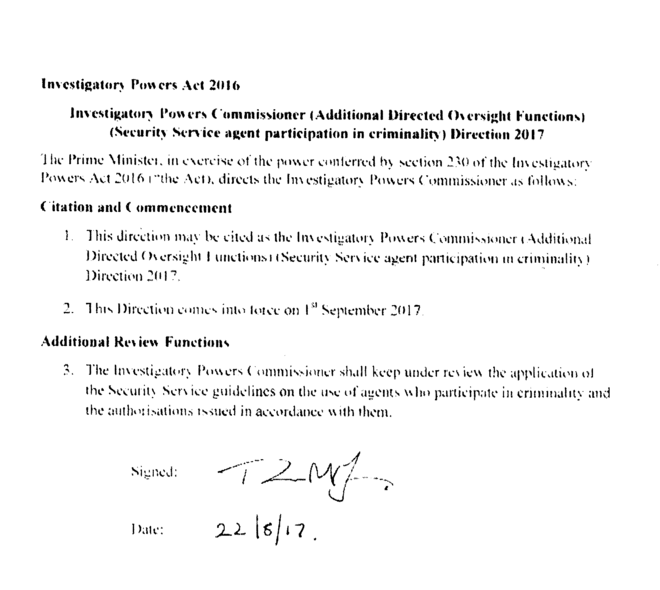 The section of the IPA, as published on March 1st, 2018 by the Investigatory Powers Commissioner's Office.

1. This direction may be cited as the Investigatory Powers Commissioner (Additional Directed Oversight Functions (Security Service participation in criminality) Direction 2017

2. This Direction comes into force on 1st September 2017.

3. The Investigatory Powers Commissioner shall keep under review the application of the Security Service guidelines on the use of agents who participate in criminality and the authorisations issued in accordance with them.

In April 2018, the bill was found unlawful under EU law after a crowdfunded challenge. The UK government was given 6 months to rewrite it.[4]