The 2016 Richmond Park by-election, although triggered by the resignation of Tory Member of Parliament Zac Goldsmith on 25 October 2016 over the Government's proposal for a third runway at London's Heathrow Airport, was actually focused on the question of Brexit and took place on 1 December 2016.[1] The Conservative Party, UKIP and the Green Party all declined to field candidates.[2]

Zac Goldsmith standing as an Independent had been the favourite to win, although the Lib Dem candidate Sarah Olney – whom Green Party MP Caroline Lucas had endorsed – was his main challenger. However, local Green Party campaigners indicated they would support Labour candidate Christian Wolmar.[3]

Sarah Olney succeeded in defeating Goldsmith by overturning his 23,015 majority and securing a majority of her own of 1,872 votes. Wolmar lost his deposit. The 2016 Richmond Park by-election results were:

Richmond Park is a large royal park in south-west London, home to a herd of over 600 deer. The electorate of the Richmond Park constituency consists of the residential areas bordering it - Richmond itself, the riverside communities of Kew and Barnes and, to the south of the park, Kingston upon Thames. It is an affluent, middle-class suburban seat, characterised by desirable period houses, large gardens and huge property prices. The seat also contains Kew Gardens, the National Archives and Kingston University. The majority of planes landing at Heathrow airport descend over Barnes and Kew and the potential expansion of Heathrow airport is an important local issue.[5]

The Richmond Park seat was created in 1997 from the merger of Richmond and Barnes and part of Kingston upon Thames, leaving the Kingston MP and former Chancellor of the Exchequer Norman Lamont to go on his doomed run up to Harrogate. Along with Twickenham and Kingston and Surbiton it formed part of a wedge of Liberal Democrat strength in South-West London until falling to Tory Zac Goldsmith in 2010.

When first elected in the 2010 General Election and on several subsequent occasions, Zac Goldsmith promised that he would resign if the government were to support a third runway at Heathrow. Following his re-election in the 2015 General Election, he stood as the Conservative candidate in the 2016 London Mayoral election, losing to Sadiq Khan. Theresa May's government announced on 25 October 2016 that it would support a third runway at Heathrow, and Goldsmith immediately resigned his seat.[6]

Zac Goldsmith said he would stand as an Independent Conservative.[7][8][9] The Conservative Party decided not to put up an official candidate against him, possibly because the local party are reported to be supportive of Goldsmith's stance, and putting up a candidate could split the vote and lead to the Lib Dems winning the seat.[10][11][12]

The seat was formerly held by Lib Dems Jenny Tonge, Baroness Tonge (1997-2005) and Susan Kramer, Baroness Kramer (2005-2010). On 30 October 2016, the Liberal Democrats confirmed Sarah Olney, who was selected to fight the constituency in the event of a snap election, as their candidate for the by-election.[13] Olney joined the Liberal Democrats in May 2015, following the General Election. She lives locally in North Kingston and works as an accountant at the National Physical Laboratory in Teddington.[14] 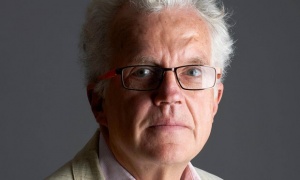 On 5 November 2016, Richmond Park CLP selected journalist, author, and railway historian Christian Wolmar as the Labour Party candidate. Wolmar is firmly opposed to the expansion of Heathrow airport and has said, if elected, he would vote in Parliament against triggering Article 50 for Brexit to proceed.[15] Having originally supported Jeremy Corbyn as Leader of the Labour Party, this year Christian Wolmar transferred his support to leadership contender Owen Smith. Following Corbyn's reelection with an overwhelming majority, Wolmar said:

“I now totally support Jeremy; we have got to all get together.”[16]

The Green Party leaders have hinted the party may not stand a candidate for fear of splitting the vote. However they have stressed that the decision is for the local party to decide. The party shares an anti-Brexit and anti-Heathrow expansion stance with the Liberal Democrats.[21]

The UK Independence Party, the only other party to stand in the 2015 General Election, have chosen not to put forward a candidate and have endorsed Goldsmith.[22]

Five other candidates are standing:[23]

This is the first UK by-election in which the Conservatives have declined to field an official candidate in a seat they held since the Bristol South East by-election in 1963, which was triggered to allow Tony Benn to regain the seat he was disqualified from holding upon his inheritance of the Stansgate viscounty.[24] Conservative MP Alec Shelbrooke criticised the decision by the party not to stand.[25]

The Liberal Democrats also oppose a third runway at Heathrow. They hope to win the seat, which they held from 1997 to 2010. They will be campaigning on an anti-Brexit position, noting Goldsmith's own support for Brexit whereas the area strongly voted for Remain in the 2016 EU Referendum.[26] The constituency is estimated to have had a 72% support for Remain.[27] Goldsmith's Mayoral campaign is also expected to become a focal point of campaigning.[28] The Liberal Democrat campaign started quickly, with leader Tim Farron first visiting the constituency on 26 October.[29]

Goldsmith said on 28 October that he would be partly funding his campaign himself. He also did not rule out the possibility of re-joining the Conservative Party after the next general election.[33]

A poll released by BMG Research on 28 October showed Goldsmith on 56% of the vote to Olney's 29%. An as-yet unnamed Labour candidate attracted 11% of the vote, with the Green Party and UKIP tied on 2% each. Asked about the main issues in the election, respondents identified Brexit (25%), Goldsmith's records and views (22%), and Heathrow expansion (21%) as the main issues. Goldsmith supporters were more focused on his record and Heathrow, while Olney supporters focused on Brexit and the Conservative government's record. Labour supporters also identified Brexit as their main consideration. Overall, the poll found 60% opposition to the third runway at Heathrow, 25% support with 14% undecided.[34]

The constituency is not co-terminous with any local authority, and as the results in the EU Referendum on 23 June 2016 were reported by local authority, the exact referendum vote in Richmond Park is not known. However, Chris Hanretty, a Reader in Politics at the University of East Anglia, estimated through a demographic model that Richmond Park saw one of the dozen lowest Leave votes in the entire country. His latest estimates suggest that 27.7% of Richmond Park voters voted 'Leave', and thus that 72.3% voted Remain.[35]