Many people related to 9/11 have suffered premature death, although in most cases clear evidence of assassination as opposed to random murder or suicide is unclear.[1][2] Among the most suspicious and best documented on this site is that of Barry Jennings, while David Graham's untimely demise is another highly suspicious case. The core of the list below stems from Mark Gorton's list of "probable murders to cover up the crimes of the cabal".[3]

Lies about the air quality from EPA Administrator, Christine Todd Whitman were responsible for many people failing to take sufficient protective measures when assisting in the response to 9/11. In 2016, she admitted for the first time she was wrong, stating "I’m sorry. We did the very best we could... with the knowledge we had".[7] In fact the air in New York was toxic for a long time after 9/11. As of September 2016, over 37,000 people were recognized as sick as a result of breathing contaminated air, and over 1000 had died, often lingering painful deaths. The Guardian predicted that the number of early deaths would exceed the number of people killed on the day.[8] Indira Singh in an interview[9] with Bonnie Faulkner says at around 28:15 the following about developing symptoms of the first responders and their subsequent treatment by authorities: "... a lot of symptoms that were consistent with neurotoxic poisoning. Those were just the physical symptoms and in some cases people reported, that their hair fell out and even their dental work fell out. And to me they were consistent with signs of radiation poisoning. But however, the toxic cocktail that had been burning there, I think a California group went and analyzed and pretty much came out with the determination that there are about 900 contaminants, 200 different kind of dioxins, we had the particulate matter, the asbestos, the concrete.” ... “What is interesting is that, we were, anytime we were ill or not feeling right, the September eleven help services and the red cross would try to get us into counseling and, to me at the end of all of this, it seemed that we experienced the same thing that the gulf war, or other civilians who were exposed to local superfund site disasters, we were all told it was in our head. That's exactly what went on down at 911.” ... “It wasn't until I went to a detox program. We got together with everyone else and compared symptoms, that we realized that this was an epidemic.”

Other deaths that have been alleged related to 9/11 include Benazir Bhutto, Wendy Burlingame, Nancy Hamilton, Daniel Pearl, Paul Smith and Dan Wallace.[11][12][13] 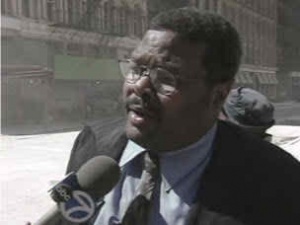