Alexandre de Marenches was a head of the SDECE with deep connections who founded the Safari Club. He was appointed to the position of SDECE Director by French President, Georges Pompidou.

When Pompidou died and the key to his personal safe was deemed lost, de Marenches was found to be in possession of another.[citation needed]

Brian Tovey (Director of GCHQ) reports that he shared an interest in Italian Art with de Marenches.

Alexandre de Marenches resigned from the job of SDECE Director following a change of government in France.

In 1986, along with journalist Christine Ockrent, he co-authored a book, Dans le secret des princes ("In the Princes' secret", published in English as The Evil Empire: Third World War Continues) regarding his days working in the SDECE. Claims were made that concealed archives contained evidence of collaboration with Germans by figures of the French Resistance during the occupation.[citation needed]

In 1992, along with David Andelman, he co-authored The Fourth World War: Diplomacy and Espionage in the Age of Terrorism, a book in which he predicted the rise of "terrorism" as a new form of warfare. This book was a great success among American elites following the events of 9/11.[citation needed] 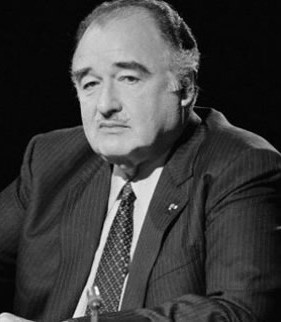