Unsuitability as a judge

Christopher Bollyn writes that "Alvin K. Hellerstein's only son, Joseph, is a Talmudist who lives in an illegal Jewish settlement on the West Bank (Modi'in). The younger Hellerstein studies the anti-Christian Talmud, speaks Hebrew, and works for an Israeli law firm in Tel Aviv - since 2001." He notes that "Hellerstein is a member of The Jewish Center in New York, which teaches the Talmud and "considers Israel activism a core value." Israeli law, based on the Talmud, openly discriminates between Jews and non-Jews", contravening the Code of Conduct for U.S. Judges which requires that "A judge should not hold membership in any organization that practices invidious discrimination on the basis of race, sex, religion, or national origin."[1]

In November 2017, Judge Hellerstein awarded over $95 million to Larry Silverstein who had sued companies including American Airlines Group Inc. and United Continental Holdings for negligence in relation to 9-11.[2] 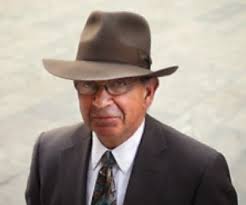