Robert Andrew Fulton (born 6 February 1944) is a former member of MI6, who once headed its Washington office. In April 2006 Andrew Fulton was appointed chairman of corporate investigators GPW. In late 2006 Fulton was employed by Armor Group to "develop new business opportunities in the security consulting market", having previously headed the Scottish arm of Control Risks Group, one of the biggest private security companies.[1]

In February 2008, the then newly-appointed chairman of the Scottish Conservative Party, Andrew Fulton, who was asked by David Cameron to reinvigorate the party north of the border, was reported to have been an MI6 spy.[2] Andrew Fulton had been unmasked as a former spy in 2000 when his name appeared on a list published by the MI6 whistleblower Richard Tomlinson who described Fulton as an important middle manager in MI6 HQ in 1993.[3] A Glasgow University law professor, Fulton was forced to step down as legal adviser to the Lockerbie Trial Briefing Unit which provided media briefings on the trial in Holland of the two Libyans accused of the Lockerbie bombing.[4]

Andrew Fulton joined HM Diplomatic Service in 1968. He was posted as Third later Second Secretary to Saigon in 1969 at the height of the Vietnam War. From 1973 to 1977 he served as First Secretary in Rome, before being posted to East Berlin in 1978. Fulton was posted as Counsellor to Oslo in 1984, and was part of the British delegation to the United Nations from 1989 to 1992.[5]

In February 2008, Fulton was appointed chairman of the Scottish Conservative Party.[6] 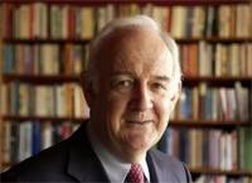