Anna Nicole Smith was an American model, actress, and television personality. Smith first gained popularity in Playboy magazine when she won the title of 1993 Playmate of the Year.[1]

In 1994, her highly publicized second marriage to 89-year-old billionaire J. Howard Marshall resulted in speculation that she married him for his money. Following Marshall's death in 1995, Smith began a lengthy legal battle over a share of his estate. Her cases reached the Supreme Court of the United States. 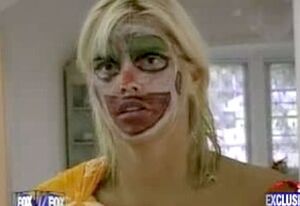 She died in February 2007 in a Hollywood, Florida hotel room as a result of an drug overdose of prescription drugs. In the months leading up to her death, Smith was the focus of renewed press coverage surrounding the death of her son, Daniel, and the paternity and custody battle over her newborn daughter, Dannielynn Birkhead.