From Wikispooks
< Bloody Sunday
Jump to navigation Jump to search 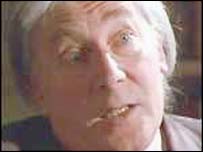 Colonel Wilford was directly in charge of the soldiers who went into the Bogside. It was his job to run a successful operation to round up trouble-makers, protect the public and get his troops back to base unharmed. He was in charge of the Parachute Regiment on the day. But Saville concludes that the soldiers only went into the Bogside because the colonel went further than his orders from Brigadier MacLellan. His superior wanted to avoid running battles that would make it impossible to distinguish between rioters and peaceful marchers.

"Colonel Wilford either deliberately disobeyed Brigadier MacLellan's order or failed for no good reason to appreciate the clear limits of what he had been authorised to do," said Saville.

"Colonel Wilford decided to send Support Company into the Bogside because at the time he gave the order he had concluded (without informing Brigadier MacLellan) that there was now no prospect of making any, or any significant, arrests in the area he had originally suggested, as the rioting was dying down and people were moving away.
"In addition it appears to us that he wanted to demonstrate that the way to deal with rioters in Londonderry was not for soldiers to shelter behind barricades like (as he put it) "Aunt Sallies" while being stoned, as he perceived the local troops had been doing, but instead to go aggressively after rioters, as he and his soldiers had been doing in Belfast.
"What Colonel Wilford failed to appreciate, or regarded as of little consequence, was that his soldiers… would almost certainly be unable to identify anyone as a rioter."

Col Wilford was exonerated by the now discredited Widgery tribunal and six months after the event he was awarded the Order of the British Empire by the Queen.

The soldiers who shot

"Lance Corporal F did not fire in a state of fear or panic. We are sure that he fired either in the belief that no-one in the area into which he fired was posing a threat of causing death or serious injury, or not caring whether or not anyone there was posing such a threat. Other soldiers who definitely killed were R, G, U. In other cases it is too difficult to work out who exactly was responsible. With the exception of Private T [and another soldier in one specific incident], none of the firing by the soldiers of Support Company was aimed at people posing a threat of causing death or serious injury. "We have concluded, for the reasons we give, that apart from Private T many of these soldiers have knowingly put forward false accounts in order to seek to justify their firing." 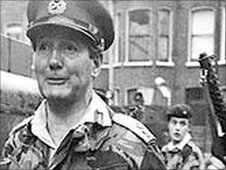 In early 1972, General Ford was commander of land forces and increasingly concerned that the army had no control over a large part of Derry. He wanted to see rioters dealt with swiftly. The inquiry learned of the existence of a memo, written by Sir Robert in January 1972, in which he suggested shooting (but not killing) some of the ringleaders of the rioting, known as the "Derry Young Hooligans". In the general's mind the army was "virtually incapable" against these gangs, because they operated under the cover of snipers. Lord Saville's report said the panel were "surprised" that the general should have seriously considered such a plan and did not believe it had been adopted. But the inquiry said he could not be criticised for deploying soldiers to arrest rioters, although he had probably sent the wrong unit.

"In our view his decision to use 1 PARA as the arrest force is open to criticism, on the ground that 1 PARA was a force with a reputation for using excessive physical violence, which thus ran the risk of exacerbating the tensions between the Army and nationalists in Londonderry. However, there is to our minds a significant difference between the risk of soldiers using excessive physical violence when dispersing crowds or trying to arrest rioters and the risk that they would use lethal weapons without justification."

The inquiry concluded the general had no reason to expect the tragedy that then unfolded. It accepted his denial in evidence that he sent 1 Para in to provoke republican gunmen to confront them in the street.

Brigadier MacLellan had the power to launch arrest operations against rioters during the day - and the inquiry accepted that he delayed launching that plan until he believed there was sufficient separation between their targets and the marchers. Saville concluded he had no reason to believe that lives were at stake if the team led by Colonel Wilford went in. The inquiry said that his proposed arrest operation did not include storming the Bogside.

"We have concluded that Brigadier MacLellan does not bear any responsibility for the deaths and injuries from the unjustifiable firing by soldiers on Bloody Sunday."

Saville exonerates Major Ted Loden, the commander in charge of soldiers following orders issued by Lieutenant Colonel Wilford. Families said the major could have stopped the soldiers from firing. The report says that events moved so fast -

"after the soldiers disembarked in the Bogside that Major Loden had no idea what was actually going on; he assumed that his soldiers had come under attack from republican paramilitaries and were responding.
"At the time the casualties were being sustained, Major Loden neither realised nor should have realised that his soldiers were or might be firing at people who were not posing or about to pose a threat." 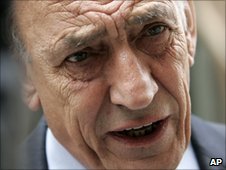 General Sir Mike Jackson, the former head of the British Army, was a Parachute Regiment captain on the day and the second in command of 1 Para. He had provided the Tribunal with a statement detailing his movements before taking the witness stand in London in April 2003. Nowhere in this statement or in his April evidence did he refer to compiling the shot-list or other documents giving a version of what had happened. His role emerged the following month during evidence from Major Ted Loden who described how, late in the afternoon of Bloody Sunday, he had taken statements from the shooters and plotted map references showing the trajectory of their shots. However, when a number of documents including the original of the shot-list were then produced, the list turned out to be not in Loden’s handwriting but in the handwriting of the now Chief of Staff of the British Army. How could this have come about, Loden was asked. “Well, I cannot answer that question,” came the reply.

Recalled to the stand in October 2003, Jackson agreed that he must have written the documents. He had recovered a “vague memory” of them, he said, after the shot-list and the accounts of his colleagues had been discovered by the Inquiry. Earlier, it had entirely slipped his mind that he had produced by his own hand within hours of the massacre a detailed version of Bloody Sunday in which no British soldier did anything wrong and the victims had been to blame for their own injuries or deaths.

In their statements to the Inquiry, none of the soldiers whose shots were included on the list recalled being interviewed by either Loden or Jackson about their firing. None of the officers whose personal accounts had been written out by Jackson had any memory of the circumstances in which this had happened or of it happening at all.

Under questioning, Jackson found himself badly hampered by poor memory. On more than 20 occasions, he used phrases along the lines, “I cannot remember,” “I do not recall,” “I have only a very vague memory.”

Saville said that the circumstances under which the list was compiled were "far from ideal". But the report added:

"We accept Captain Jackson's evidence of the purpose for which the list was initially prepared; and find nothing sinister in the fact that it did not include details such as the names of the soldiers and the number of rounds fired. "However, the list did play a role in the Army's explanations of what occurred on the day."

Evidence from the soldiers was heard in London. These were the men at the heart of the shootings. On their own evidence they killed seven of the thirteen victims.

Soldier F agreed that he killed four people, but insisted he did not murder them. The former paratrooper admitted killing Michael Kelly, Barney McGuigan and Paddy Doherty and an unidentified man in Glenfada Park. When it was put to him in October 2003 that he murdered them without justification, he replied: "As I refer to my statements, the people I shot are the petrol bombers or a person who had a weapon."

Soldier H is recorded to have fired the most shots on Bloody Sunday. He claimed to have fired three rounds which hit two men in Glenfada Park and said he spent the other 19 trying to shoot a sniper through a window. Soldier H had asked to give evidence behind a screen as someone could sketch his features and pass them on to terrorists, but the inquiry ruled there was no additional risk if he gave his evidence openly. Lord Chief Justice Widgery's 1972 inquiry criticised Soldier H for firing the shots, and said some of the Army's shooting in Glenfada Park bordered on the reckless and was without justification.

Soldier J told the inquiry he fired at two nail-bombers on Bloody Sunday. The former paratrooper said he missed with a shot fired at a man who was about to throw a nail bomb at a barricade on Rossville Street. He said he fired another shot at another man who was about to throw a smoking object from the corner of the Rossville Flats, but missed him as well. Soldier J admitted he "hammed up" an account he gave to Daily Telegraph reporter Toby Harnden about things he did not actually see, in an attempt to secure anonymity for himself and his colleagues. The former lance corporal apologised to the tribunal for denying that he was the source of the article, but said he did so because he feared for the safety of his family if his name leaked out.

Soldier P told the inquiry he did not remember killing two people and did not remember firing his rifle. He said that he had to rely on evidence he gave to the Widgery Tribunal in 1972, held shortly after the shootings. On further questioning, the soldier accepted that, in 1972, he said he had shot someone he believed to have been a nailbomber and a man with a pistol. He had also said he fired two rounds at the alleged nail-bomber, four at the alleged gunman and also three rounds in the air. Soldier P said it had been the only occasion in his Army career in which he fired live rounds, apart from at a shooting range. "I don't see anyone from the Army and I don't go to reunions - I have just got on with my life and work. Accordingly, I recollect very little about the 30 January 1972," he told the Saville Inquiry.

Soldier S said he believed he was justified in firing 12 shots at a man at the Rossville Flats who he said was shooting at him. "Even the man that I identified as a gunman, who was obviously posing a threat to us in the alleyway, if I did hit him and kill him, it is still a tragedy, is it not? He added: "This is a tragedy, it is a tragedy for everybody, I realise that and I am sorry that innocent people got killed on that day. "I am very, very sorry for that, but for my action on the day, my particular action, I believe I was justified in what I did."

This page imported content from BBC on 15 June 2010.
BBC is not affiliated with Wikispooks.   Original page source here
Retrieved from "https://wikispooks.com/w/index.php?title=Bloody_Sunday/Perpetrators&oldid=182636"
Categories: