CBS is a component of the US commercially-controlled media.

On 22 September 1982, Bob Shieffer introduced a 4 minute CBS reported on the collapse of the Nugan Hand Bank, which aired some of its CIA connections, including as a role in laundering money earned by shipping heroin from the Golden triangle.[1]

“Two suspects are in FBI custody after a truckload of explosives were discovered around the George Washington Bridge. That bridge links New York to New Jersey over the Hudson River. Whether the discovery of those explosives has anything to do with other events today is unclear, but the FBI, has two suspects in hand, said the truckload of explosives, enough explosives were in the truck to do great damage to the George Washington Bridge.”
Dan Rather [2]

The Strange Case of Kurt Sonnenfeld 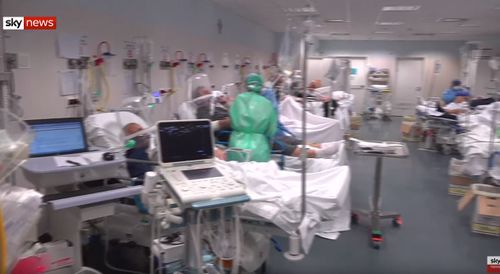 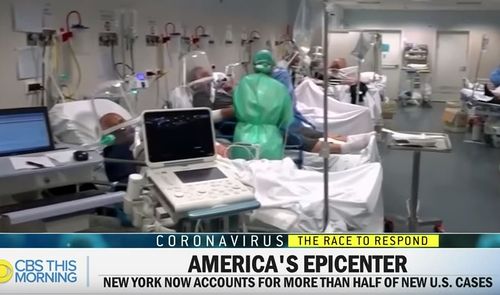 CBS re-captions what is obviously the same hospital, stating that the footage is from New York.[5]

In March 2020 CBS were caught showing footage from Italy, which claiming that it was from New York.[5] They publicly admitted to a "mistake" on March 30, after it had been discussed on the intenet.[6] 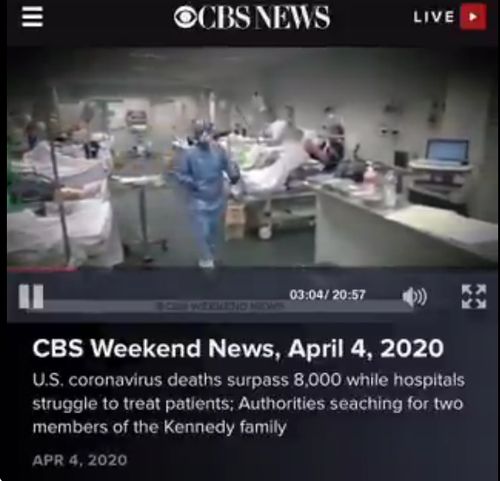 "In Pennsylvania, cases are skyrocketing..."

In April 2020 they again made the same "mistake" of recycling the same footage from Italy, claiming that it was in Philadelphia.[8]