Centre for the Study of Terrorism and Political Violence

The Centre for the Study of Terrorism and Political Violence (CSTPV) is a "terrorism research" centre based at the University of St. Andrews - one of a number of such centres at the University's School of International Relations. It has close links to government, intelligence agencies, corporate security companies and the RAND Corporation.

CSTPV was established in 1994 by Paul Wilkinson and RAND terrorism analyst Bruce Hoffman. Wilkinson, who was appointed head of St. Andrew's School of History and International Relations that year, had a long affiliation with the RAND Corporation, dating back to at least the mid-1980s. In 1985 whilst head of Politics and International Relations at Aberdeen University, Wilkinson had established The Terrorism Research Unit in the department, which developed a terrorism database in coordination with RAND. [1] At that time RAND's terrorism database was overseen by Brian Jenkins who in 1989 was replaced by Bruce Hoffman.[2]

Hoffman left RAND to set up CSTPV some time in 1994. The last reference to Hoffman being at RAND was in the New York Times on 6 March that year,[3] and the first reference to CSPTV in the printed press was in the Los Angeles Times that August. CSTPV is referred to in the article as the "Center for Terrorism and Conflict Studies". [4]

Hoffman became director of the new Centre, whilst Wilkinson was appointed chairman. Another key figure was Magnus Ranstorp, who was studying a PhD on hostage taking in Lebanon at the time the Centre was founded. [5]

CSTPV was originally based at premises at 188 North Street, St. Andrews, which according to Alex Schmid were "hardly more luxurious than those in Bin Laden’s presumed cave."[6] Lord Carlile referred to Wilkinson as working out of an "interesting attic office", presumably in the same premises.[7] When he had important visitors Wilkinson would "receive them at a more stately place in the University."[8]

In 1998 Bruce Hoffman returned to RAND and Paul Wilkinson took over as Director, amalgamating the role with his position as Chairman. When Wilkinson stepped down Magnus Ranstorp was appointed Acting Director and then briefly Director from early to mid 2005. In 2004, during Ranstorp's time as Director the journalist Vicky Allan visited the Centre.

The Centre is based not, as you might expect, in a glassy modern tower in New York or London, but in two small houses in St Andrews. The second of these is a white-washed cottage with a blue plaque saying 'History of Art Annexe'. This seeming camouflage and the fact that students and staff swipe security cards to come and go, helps lend the impression that there is some covert activity going on inside. But, in fact, it turns out these are new residences and they just haven't got round to changing the sign. [9]

Allan reported that the Centre was "powered by a small group of academics and 40 interns". The "small group of academics" at that time were a "tight and idiosyncratic team" consisting of Tamara Makarenko, a Canadian expert in organised crime, Paul Wilkinson, Anthony Richards, a one-time British Gas facilities manager, and Magnus Ranstorp. [10]

In May 2006 Alex Schmid took over as Director. [11] That autumn CSTPV moved into new premises, occupying now the whole second floor of the West-wing of the New Arts Building. [12] It is not prominently advertised and does not even have a plaque on the (security controlled) door to announce its presence. There is no indication outside that the Centre is there, only a sign beside the ground floor lift and a smaller sign on the second floor.

The RAND-St Andrews nexus skews understandings of 'terrorism', especially through its pivotal role in the peer review and publishing of research. Members of the Centre and of RAND hold key editorial positions on the two foremost academic journals in the field: Studies in Conflict and Terrorism, and Terrorism and Political Violence. Those journals emphasise political violence directed against states, while largely ignoring violence by states, except those not allied to US or Western European countries - i.e., those described as 'rogue states' by the US government.[13]

Embedded experts define 'terrorism' selectively, with a bias towards US-led alliances and against any resistance. According to Prof. Paul Wilkinson, Director of the CSTPV, extra-judicial assassinations by Israel are 'ruthless acts of counter-terror', i.e. self defence [14]. Within this perspective the USA, the UK and their client states never carry out 'terrorism'.

In a mid-1990s government inquiry on terrorism, Wilkinson emphasised violence by oppressed groups, while ignoring state violence against them. In particular he problematised trans-national support for 'the weak':

almost any prolonged and significant terrorist campaign is likely to have an international dimension: almost every terrorist group tends to look across the borders of the state where it is based, and further afield, not only for weapons, funds, training and safe-haven, but for any ideological, political or diplomatic support it can manage to obtain; sub-state terrorism is typically the weapon of the weak [15].

Such diagnoses justified permanent anti-terrorist legislation to target the weak.

That report led to the Terrorism Act 2000, which broadened the definition of terrorism. It blurred any distinction between political protest and organised violence, as well as any distinction between ideological and material support. This law redefined terrorism to include simply 'the threat' of 'serious damage to property', in ways 'designed to influence the government' for a 'political cause'. Moreover, it banned organisations on the basis that their activities abroad fit that broad definition, and criminalised any 'association' with such organisations in Britain. After the September 11 attacks, the EU Council redefined terrorism in even broader ways. Predictably, such powers have been used to intimidate (and sometimes prosecute) political opponents of oppressive regimes allied to the UK. These developments ominously bring home to Britain the counter-insurgency theory that was deployed in its colonies, and in Northern Ireland during the 1970s, to counter political revolt.

An associate of the CSTPV, Rohan Gunaratna (2003), has offered expert testimony in UK prosecutions for supposed membership in 'terrorist' groups. In the court case of Meziane, several refugees in Leicester were accused of fund-raising for terrorist activities abroad. After Gunaratna claimed that they were Al Qaeda members, he was challenged by the defence to provide documentation, but he did not. Consequently, the allegations were dropped and he was not recalled as a witness. Neither did the prosecution take up his similar offer in another case against refugees for alleged membership of the Kurdistan Workers Party (PKK). Nevertheless Gunaratna is still quoted as an expert by journalists.

Embedded in the Iraq occupation

Beyond its academic roles, the RAND-St Andrews nexus has close professional links with key political and corporate players in the 'war against terror'. An important example is Bruce Hoffman, founder member of the CSTPV and currently RAND Corporation's key expert on terrorism. In 2004 he was appointed as senior advisor on counter-terrorism and counter-insurgency to the Constitutional Provisional Authority in Iraq. Hoffman argued that the occupation strategy can be successful only if it adopts a British colonial model of counter-insurgency, comparable to perspectives in Frank Kitson's Low Intensity Operations.

The CSTPV also has institutional ties to the private military industry. One example involves founder member of the CSTPV and current Honorary Senior Research Fellow, David Claridge. In 2001 Claridge established Janusian Security Risk Management Limited, a private military intelligence and security company, as a subsidiary of the political risk firm The Risk Advisory Group. The company claimed to be the first Western security firm with an independent operational office and a country manager permanently based in Iraq. In the press statement accompanying its launch, Janusian acknowledges their link with the CSTPV in this collaboration, which 'includes shared access to research, intelligence sources and databases, and the expertise of the Centre's staff, as well as the development of sector-specific studies into areas of political risk'.

Like their antecedents in counter-insurgency theory, present-day embedded experts emphasise techniques for total war against both political and military resistance. Hoffman blames the USA's inadequate planning for the 'insurgency' problem in Iraq. According to him, 'a critical window of opportunity was lost because we failed to anticipate the widespread civil disorder and looting that followed the capture of Baghdad'; this key mistake 'breathed life into the insurgency.' In his analysis, the insurgency originated independently of the invasion; it has no link with the occupiers' activities there.

The E-Learning course was launched in autumn 2006 and established in collaboration with the Informa Group, the "undisputed powerhouse" of journals and corporate events and training. Informa Group owns the two major anti-terrorism journals Terrorism and Political Violence and Studies in Conflict and Terrorism which are both dominated by figures from RAND and St. Andrews.

CSTPV runs a seminar series on Thursdays attended by academic staff in the University, and is also open to all students of the University. No remuneration is paid to participants save Speakers’ UK travel, one night’s accommodation and meal expenses. [19]

In response to a Freedom of Information request sent to the University of St. Andrews in August 2008, the University sent a document consolidating the documents that were used to advertise the seminars. The University also sent a list of seminars arranged in chronological order.

The Freedom of Information request also revealed details of conferences and other events held by CSTPV since the 2002-03 academic year. [20] These events are listed below, along with those disclosed on the website of Eden Intelligence. Each event has a seperate page providing further details where available.

CSTPV evidently see these conferences as an opportunity to raise funds as well as to influence policy makers. The minutes for the 2006 meeting of the Terrorism Studies Programme Board record new CSTPV director Alex Schmid as having, "highlighted that there would be joint bid for Government monies with MIT as a result of the ITES conference." [21]

In November 2004 Paul Wilkinson told the Parliamentary Select Committee on the European Union:

Recently in Tulliallan, the Scottish police college, we mounted a joint leadership course in counter-terrorism which involved the Canadian RCMP, the police service of Northern Ireland, the Irish police, the UK mainland police (both Scottish and English) and the FBI (so there was an American dimension as well), so there was a pretty comprehensive grouping. It went very well; the feedback from the students was extremely favourable. [22]

CSTPV has successfully had several of its members appointed as part of the European Union's Expert Group on Violent Radicalisation. Disclosures made by the European Commisson revealed that Andrew Silke, Magnus Ranstorp, Alex Schmid were all members, as was John Horgan during his time at CSTPV. [24]

In her study of the terrorism research field, Edna Reid found that CSTPV together with RAND were two of the most influential groups in the field:

Both RAND and CSTPV are major centers for the recruitment, nurturing, and training of researchers in contemporary terrorism. Results further indicate that newer and highly cited (core) researchers, such as Rohan Gunaratna, an expert on al Qaeda and a former research associate at CSTPV, (a former Ph.D. student of Bruce Hoffman at St. Andrews; Hoffman is currently Vice President at RAND ), are influenced by the early terrorism authors and their research foci. [25]

John Upton wrote an article for the London Review of Books in 2004 which stated that Magnus Ranstorp, then head of the Centre, "regularly briefs senior government and security officials overseas and in the UK – among them, Assistant Commissioner David Veness". [26] 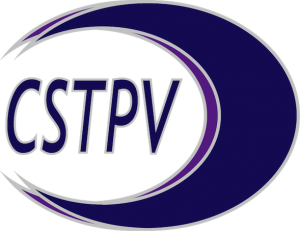