Constance (possibly Mary May)[1] Cunningham was a member of the Institute for Statecraft for 3 years,[2] with a speciality listed as "Cultural Security".[3]

From September 2012 – August 2016, Constance Cunningham was "Representative and coordinator for Tower Hamlets borough students on behalf of Active Change Foundation. Annually mentoring 30+ 6th form students on the Young Leaders Programme and its workshops across the academic year in 2013/14, 2014/15, and 2015/16. Addressing community and social issues while conducting talks and scenario based exercises on leadership. Tackling these through workshops on the prevention of radicalisation."[4]

In October 2015 she became a fellow of the Institute for Statecraft, a job she kept until June 2019, and which was still on her LinkedIn profile as of January 2020.[4] 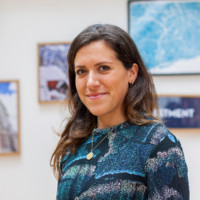