The Dark Side of the Kremlin is the name given to a large leak of Russian documents.[1] They were posted to the Internet Archive, but were quickly taken down for having breached guidelines.[2]

"175 gigabytes of compressed data consisting of hundreds of thousands of hacked emails, other messages and files from Russian politicians, journalists, oligarchs, religious and social figures, as well as nationalists/separatists/terrorists operating in Ukraine." The files were originally posted here (available using the magnet or torrent protocols).

The files were available at https://cloudflare-ipfs.com/ipfs/QmbHFPMqykf4ArUrSdMTUAimqqKkPqajdaRDdpdVDTuk78 as of October 2019.

The webpage at https://search.bivol.bg/kremlin/ appears to be a searchable interface to the documents.

Emma Best, a co-founder of Distributed Denial of Secrets is quoted as saying that the Russian documents and emails “show how the Russian power system is interconnected, and documents influence operations in real time—from those separatists/terrorists backed by Russia to those in the Orthodox and business worlds.”[3]

Scott Shane reported on the leak for the New York Times, opining that the size of the documents (around 175 GB uncompressed) is so large that suggested that they may have been copied over a LAN (i.e. a computer on the internal network) rather than over the Internet.[4]

The leak occurred about 10 weeks after the documents from the Integrity Initiative were leaked. 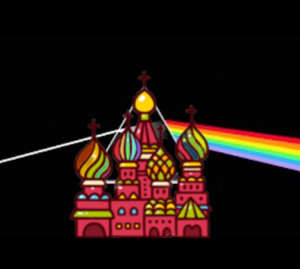