A deep event (which CAVDEF terms a deep crime)[1] is an event of hidden or underappreciated relevance to deep politics. These are never presented clearly by the commercially-controlled media.[2] The concept was developed by Peter Dale Scott in the 2000s. Generally, the events have at least one cover story to hide their deeper significance, and some, such as the JFK Assassination or 9-11 have countless levels of deception inbuilt by the deep politicians who devised them, to try to hide their tracks.

Just as the official narrative on "deep politics" is that it doesn't exist, so the official narrative is that there are no "deep events". The (unspoken) meta-narrative of the corporate media is that any events which cannot be understood by superficial examination of the immediate circumstances are truly inexplicable. The deaths of Lady Diana, Gareth Williams and Robert Maxwell could only have been unfortunate accidents. Danny Casolaro, Hunter S. Thompson and Isaac Kappy died by their own hand. So did Craig Spence and Jeffrey Epstein. The assassinations of the 1960s such as those of JFK, his brother RFK and MLK were shot by "lone nuts". The Amerithrax attacks were carried out by a lone nut who decided to add to the fear of the 9-11 event by sending US military anthrax to members of the US senate, for reasons whuch died with him. As Richard Porter of BBC Global News put it "If we reported the building had collapsed before it had done so, it would have been an error - no more than that".[3] Nothing to see here. 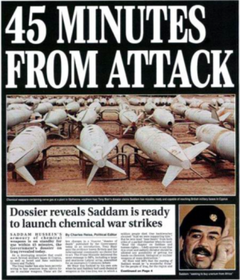 This official narrative is never explicitly stated, since a moment's historical reflection will reveal it to be nonsense. Many events were widely misunderstood at the time, yet with the benefit of hindsight, were part of complex goings on which have only subsequently come to light. Consider, for example, the 1973 Oil Crisis, a scenario which was pretty closely discussed at the 1973 Bilderberg, which was attended by executives from big oil and financiers. The 2003 invasion of Iraq was prefaced by MI6's Operation Mass Appeal. Indeed, almost all wars are prefaced by propaganda campaigns to present a deceitful casus belli.

The term was probably[citation needed] coined by Peter Dale Scott in 2005/6. In 2008 he published an essay entitled The Assassinations of the 1960s as "Deep Events".[4]

Peter Dale Scott categorizes deep events into three 'levels', depending upon their impact.[5]

Low-level deep events are crimes with limited intent and importance which is often only dimly understood, even with hindsight. Examples include the stealing of personal data or falsification of documents, as part of a deep political campaigns.[5] Outsiders lack the proper context in which to understand these crimes, even if they hear about them, so commercially-controlled media silence is usually all that is required.

Mid-level deep events, such as assassinations, are harder to hide and their wider relevance may be grasped to the astute student of deep politics. Commercially-controlled media is often used to mis-represent the facts in an effort to obscure the event's deep political relevance, and more drastic actions may be employed to handle would be whistleblowers of those with evidence which could threaten to unmask the truth. 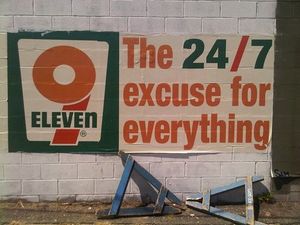 Peter Dale Scott uses the phrase "structural deep event" to refer to deep events which "are large enough to affect the whole fabric of society".[5] These are used to effect far reaching deep political goals, and may be used as a pretext for a swathe of subsequent deep events. National level cover-up commissions may be expected and extensive and complex plans for maintaining secrecy are necessary. The two most prominent examples in the 21st century are 9/11 and COVID-19.

The concept of the "deep event" presupposes the concept of deep politics. A particularly important exposure of this concept occurred in Turkey in 1996.

In Susurluk on 3 November 1996 a car crash lead to the deaths of[6] Huseyin Kocadağ (deputy chief of the Istanbul Police Department), Abdullah Çatlı (the leader of the Grey Wolves, an assassin and drug trafficker on Interpol's red list) and Gonca Us, his girlfriend, a beauty queen. An MP, Sedat Bucak escaped with a broken leg and fractured skull.[7] Çatlı was carrying weapons, drugs, cash, diplomatic credentials, a fake passport and a government-approved weapons permit. They had just visited the Turkish Interior Minister Mehmet Ağar, who was also an intended target, but had been warned of the hit and so was not in the car.[8] The Prosecutor's Report into the case said that the passengers in the car were on their way to stage an assassination.[9] Although Ağar and Çiller resigned after the facts emerged, but no-one received any punitive sentences.

This deep event was of particular note since it lead to the Susurluk Scandal, a wider set of revelations which exposed the close relationship between the Turkish government, the armed forces, intelligence agencies and organized crime. It was this understanding that lead to the coining of the Turkish phrase derin devlet, which translates to deep state. Although hard evidence is fragmented, the general pattern is probably similar worldwide.

Wikispooks currently has 1179 events, listed here, many of which are probably deep events of one kind or another. False flag attacks, assassinations or other such black operations are clearly 'deep', while others are only speculatively connected to deep politics. Finally, some are so important that they merit inclusion here as reference points in any case. The most clearly deep events are listed below:

30 November 2018 Robin  Includes a long list of events deserving further attention.
As well as an introduction to the concept of deep events, this page includes dozens of examples of deep events, some now understood, some still highly mysterious.