Document:A Day in the Life of a Banned Canadian


Author's Note "I’m assuming an uncharacteristic anonymity in this case because of threats made against me if I proceeded with an investigative piece about Reverend Annett. Such warnings actually perked my curiosity about the man and the shit storm surrounding him."

A Day in the Life of a Banned Canadian 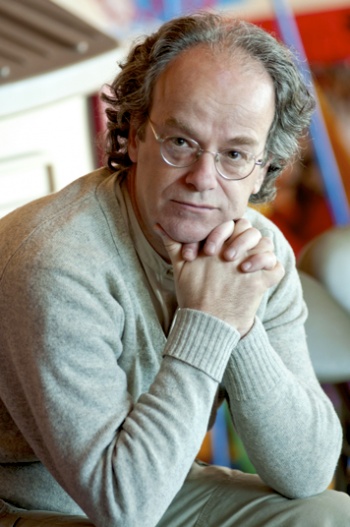 I had been prepared to distrust the quiet, intense man who sat across from me, not only because most people I know expected me to.

Zealots of any variety are sowers of unhappiness, and from most of what I had read about him, Reverend Kevin Annett is a latter day John Brown, seeking the downfall of all of official society in his determined quest for justice for the violated. And frankly, I just don’t like clergy persons, including the defrocked brand, for “once a black robe, always a black robe”, from my experience.

And yet the man before me didn’t match my prejudice, especially when he began to speak. He does so calmly and gently, with a confident logic based on hard and compelling evidence garnered from years of research.

Rumors to the contrary, Kevin Annett is neither crazy, nor a charlatan. He is someone, rather, who bears a shocking truth that most Canadians, understandably, do not want to hear.

My pleasant surprise at the man’s unexpected demeanor and the intelligent clarity of his words made me realize right off the bat that everything I had been told and fearfully warned about Kevin Annett was unfounded: a fact that made me want to learn more.

A second look at my subject reminded me of the Vietnam veterans I had come to know during my fledgling days as a greenhorn reporter: someone bearing the kind of war-weariness and “thousand yard gaze” that says more than words ever can.

Kevin talks like a battlefield veteran, with regular references to fallen buddies and unrelenting attacks. But his aura is not weighted down by any kind of post traumatic reactions that I can see, despite the brutal personal savaging he has been put through over the years. He is not a bitter or a vengeful man, although he has enough cause to be.

My own positive vibe from the quietly graying man with an irrepressible smile made the professional journalist in me play hard ball with him.

“So why do people call you crazy?” I asked him provocatively, nudging my pocket recorder towards him.

“Is that what you’re doing?”

“Well, that wasn’t my original plan. Don’t forget, the United Church went after me first”

“That cost you your family” I offered.

His deep brown eyes showed a brush of sadness for the first time, and he nodded.

“Not for me, or my daughters” he replied. “But for a hell of a lot of other people, it was”

I stared at the documents spread before me, showing how half of the children at Alberta Indian residential schools had died in one school term; and at a Canadian law from 1933 allowing any Indian to be sexually sterilized.

“Why did nobody know about all this?” I asked him, holding up a document.

“They did” he replied laconically, gesturing to a photocopied article from a November 15, 1907 issue of The Ottawa Citizen that described the enormous death rate in the Indian schools.

“But the churches are acknowledging this now …” I said.

“No, they’re not” Kevin replied, his eyes suddenly hard. “They’ve been forced by us to admit that children died, but they claim it wasn’t from deliberate intent. Like, 50,000 deaths were somehow accidental”

“They murdered them, is that your line?”

“There’s lots of ways to kill off Indians. The preferred method in the rez schools was deliberate exposure to TB and smallpox.”

I felt a strange vexation just then, an angry unacceptance that must have been obvious to my interviewee, for he smiled again as he saw my expression.

“So what do you want?” I exclaimed, trying to sound calm.

“Something that won’t happen in this country. Justice”

“Prison terms for church officials. A war crimes trial. Returning the children’s remains, first of all, for a proper burial”

I’d read all of that from his websites, and I knew he was alone in demanding such things. All of Canada, it seems, is content with issuing an apology for what is undeniable genocide – including the aboriginal chiefs. I asked Kevin why he thought that was.

“It’s convenient. Canadians will bear any amount of corruption or murder rather than face anything unpleasant, or controversial. And as for the national chiefs, well...”

Again, that ironic smile, and the piercing turn of phrase.

“There’s always been Around the Fort Natives. You know, the AFN”

The conversation was frustrating me. I wanted to know more about the man, and what allowed him to endure what he has.

“You’re not a very well liked guy” I said.

“That depends who you talk to”

“Look, Kevin, you can’t get a job. You’re a pariah. You’re castigated every day over the internet with some new smear. I think you called yourself a social leper, in your film. Most polite society avoids you like the plague. A lot of powerful players seem determined to shut you up.”

He said nothing as I uttered the obvious.

He smiled at my reference to South African apartheid.

He took a moment, and then muttered,

Kevin looked out the window at the puffy clouds hovering over Vancouver’s north shore mountains.

“For a long time, I expected a Hollywood ending to all this” he continued frankly. “You know, I’d be vindicated, all the assholes would go to jail after admitting everything, and all my friends would recover. I had to wake up to the way things are. It’s been a long process”

“Yeah, to what we’re really a part of. To how these crimes never stop, they just shift location. To how I’m going to go through this shit until the day I die.”

“How does that feel?”

He gave me a long, penetrating stare.

He shook his head sadly. The room grew very silent.

“I interviewed Leonard Peltier a few times” I offered, trying to break the log jam. “He said it didn’t matter that he was in prison, because everywhere’s a prison for him and his people.”

“That’s about it” Kevin replied, nodding. “But he has the advantage of being an obvious target. I’m a white guy, a former church insider. My imprisonment isn’t so obvious.”

“Oh, I don’t know” I shot back. “Your case is broadcasted all over the world.”

“That really hasn’t helped me, not practically. Anybody who gets too close to me is eliminated, especially if they have pull”

“What do you mean, eliminated?”

Kevin proceeded to list off an impressive array of names of lawyers, scholars, and even politicians who had once sponsored his work or come to his aid, and then inexplicably dropped away from his campaign. What I’d been told by a confidential source in the RCMP confirmed a lot of what he was claiming.

“I’ve been told you’re definitely on the fed’s shit list” I ventured.

“You should try telling your newspaper colleagues that, because they won’t believe me”

I shook my head and leaned towards him to emphasize my point.

“It’s not that they don’t believe you, Reverend. They can’t do anything about it, and they know when to avoid a story.”

“There’s just no percentage in backing a whistle blower and giving him a lot of exposure, not unless their target is about to crack. Trust me, I’ve interviewed enough of them” I said.

“So what’s the usual outcome?” he asked me.

“For somebody like you? Exactly what you’re going through” I proclaimed.

He pondered for a minute, and then said,

“The thing is, I’ve already beaten them. I feel like I’ve won”

“I survived all they could throw at me. I brought out this truth and forced them to respond. I did the right thing and I helped save lives. That’s enough of a victory.”

I doubted he believed what he was saying, knowing something of his character. I told him so.

“So tell me what you really think” I said to him.

“Okay. I feel like I’ve been smashed into the ground and nothing is ever going to stop those fuckers from raping and killing more children whenever the hell they want. I feel stupid for having even tried taking them on. Some days, it’s like, I made a big fucking mistake. I wish I could go back and make a different choice. But I can’t. I’m stuck with my choice, and I’ve got to make the best of it.”

“Of course I would”

“Neither do I” he said curtly.

After laughing together, I asked him,

“I don’t think he ever does. Maybe it’s not about beating him, but ignoring him”

“Stop paying him taxes and voting for him, for starters. Stop buying his useless shit and going to his bloody churches”

“Are people doing that?” I asked.

“I think so. Here and there. I’m hoping we reach a critical mass of non-cooperation before it’s too late for all of us”

“Did you used to preach like this?” I asked him.

“Not at first. I was trying to be a minister, at first. But yeah, eventually.”

“Do you miss that old life?”

There’s a long pause in our conversation then, for Kevin couldn’t reply. I thought he was going to break down, for the tears welled up in his eyes, and he looked away, embarrassed. I remember turning off the recorder respectfully.

At the time, his reply mattered to me, but it’s strangely unimportant to me now, maybe because it’s so obvious.

I have never been able to say how much of a person’s life I’ve been able to accurately represent in my writing, and whether what I call a story is not just my own yarn, seeking an echo somewhere.

What I can say is how completely shaken I was by my encounter with Kevin Annett. Beyond and beneath all the words and the deep resonation of his character, he left me with a sense of heroic tragedy that I have rarely encountered, even amidst wars and revolutions. The term “lonely courage” says something of the man and his nobility, but there is much more to him and his quest. I would dare to call it an epic.

Kevin was the one to excuse himself, after speaking to me for a few hours. A friend of his needed help of a sort he wasn’t free to describe, but he did allude that the fellow was homeless and without a friend – except, of course, Kevin himself.

I am an agnostic, and rarely do I hold out hope for anything like salvation to pull us from the hell we’ve created for ourselves. But I have indeed met someone I can genuinely claim is a man of god: banned from our midst, to be where he is meant to be, as one despised and feared by those who know him not, and shunned by those who should know better, and yet beloved by the lost and neglected ones; and thus, by all of who and what he is, making a new chance for the rest of us possible.