Document:A bitter Middle East crisis at the heart of the Conservative Party 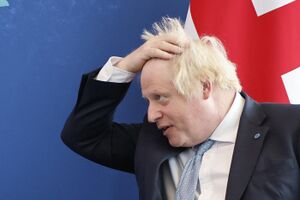 What began as a struggle for control of Tory-Middle East relations has escalated into an alleged 'cash-for-access' scandal at the highest level of the British establishment.

The Middle East rarely takes centre stage in British politics.[1] But when it does, the consequences can be dramatic indeed.

The Suez crisis, when Israel, France and the UK's invasion of Egypt in 1956 ended in fiasco, split the country and ended Anthony Eden’s premiership.[2] Almost half a century later, the invasion of Iraq drew more than a million people onto British streets, destroying the reputation - and eventually helping to destroy the premiership - of Prime Minister Tony Blair.[3]

Today, Britain is convulsed by another Middle East crisis.

This one is different, in that it does not directly concern British foreign policy. Instead, it concerns a bitter domestic struggle inside the ruling Conservative Party. And that makes it all the more politically lethal.

Every day, thanks to this crisis, we are finding out fresh information about the funding methods of the Conservative Party. It is not appetising, and the list of unanswered questions grows.

This crisis will not - thank goodness - claim lives as the Iraq War did.[4] But it will damage Prime Minister Boris Johnson, who has already found himself involved in a series of sleaze investigations, of which this is the most personally dangerous for him.

Tories and the Middle East

The controversy began as a struggle for control of relations between the Tory Party and the Middle East.

For many years, the relationship had been managed by the Conservative Middle East Council (CMEC), whose president is Winston Churchill's grandson and Tory grandee, Sir Nicholas Soames. After Boris Johnson became Tory leader, the CMEC’s monopoly came under threat.

As I revealed in Middle East Eye two months ago,[5] a competing group called COMENA (the Conservative Friends of the Middle East and North Africa) argued it could do a better job. Armed with the support of Johnson, businessman and Tory donor Mohamed Amersi saw COMENA as an alternative to CMEC.

When I interviewed Amersi last month, he told me that he wanted COMENA to cover 23 countries, ranging from Mauritania in the west of Africa to Afghanistan in the east. He assembled a glittering cast of senior figures, with former Prime Minister Theresa May pencilled in to be patron.

The British establishment piled in. A former deputy head of the UK's intelligence agency GCHQ is billed to be director of policy and research. A retired British army officer, who was seconded to the Sultan of Oman's armed forces in the 1980s, is a putative member of the proposed council, alongside the relative of a former Lebanese prime minister.

Lined up as vice presidents are a former Middle East minister and a close ally of ex-prime minister Theresa May. Other Tory grandees, including a former chancellor and a onetime Downing Street chief of staff have been pencilled in as vice chairmen. The Queen's solicitors Farrer & Co are booked in as legal advisers.

When I spoke to Amersi, he told me that he sought no personal benefit from setting up this organisation. He insisted that his key objective was to link the Conservative Party to the Middle East by arranging visits to the region, educating MPs about the Middle East, inviting members to Tory conferences and "opening efficient bilateral trade channels with the UK".

He insisted to me that he would not get involved in solving the intractable diplomatic problems of the area because "that was the role of the foreign office".

When I questioned him closely, he insisted that he would be open to engaging with all parties - Iran and Saudi Arabia, Israel and Palestine - and not represent any single interest. He said: "We will not be lobbying for any one country in the way that Tom Barrack did on behalf of the UAE."

Barrack was arrested two weeks ago on charges that he unlawfully campaigned to influence the Trump administration on behalf of the United Arab Emirates. Amersi also said the organisation would be affiliated to the Conservative Party, unlike CMEC.

The role of Ben Elliot

At the start of this year, however, a legal row broke out between Amersi and Charlotte Leslie, the director of CMEC. This looked at first like no more than a minor conflagration, significant in Tory circles but not the outside world.

The issue has, however, escalated, thanks to remarkable investigative journalism by Tom Burgis in the Financial Times and Gabriel Pogrund in the Sunday Times. Both reporters have looked carefully at the role of Ben Elliot, Boris Johnson’s personal choice as Tory chairman, who has been the internal Conservative backer of Amersi and COMENA. Elliot, like many figures in the tight circle around Johnson, requires explanation.

At first sight, the 45-year-old businessman looks like a textbook establishment Conservative. Educated at Eton and a nephew of the Camilla, Duchess of Cornwall, Prince Charles's wife, he’s the son of Simon Elliot, a Dorset landowner.

Four years ago, Theresa May, then prime minister, put him on the board of London's Victoria and Albert Museum.

Tory chairmen are normally powerful politicians in their own right, with deep roots in the Conservative Party. Elliot's predecessors include Theresa May and senior Tories Norman Tebbit, William Whitelaw and Peter Carrington. Significant figures by any standards.

The role of Conservative Party chairmen, from Carrington to May, was to represent the views of the Tory grassroots and explain the actions of their leadership. I have found no evidence that Elliot does much of this important but gruelling work, if any.

Take the two recent by-elections of Batley and Spen and Hartlepool. A traditional chairman would have campaigned vigorously in the constituency and appeared on television. Elliot kept a very low profile at both.

Elliot is not even an MP and I can discover no significant record in British politics until he became treasurer for his close friend Zac Goldsmith’s Islamophobic London mayoral campaign in 2016, in which the Tory Party ran on an anti-Muslim ticket and were beaten soundly.

Yet there is no question that Elliot is and remains a key presence at the heart of Johnson's personal entourage. It’s obvious he is not there, however, to represent or deal with the grassroots, and equally obvious his role is to manage finances. That should be the role of party treasurer not chairman.

So why did Johnson alight on Elliot?

Johnson may have valued his connections. Elliot is the founder of Quintessentially, a company that provides services for the super-rich. For a large fee, it brokers them into smart society, arranging club memberships and introductions to the social elite - utilising Elliot’s own family connection to the Prince of Wales.

One of Quintessentially's long-standing clients - dating back to long before Elliot became Tory chairman - is Mohamed Amersi, who describes himself as a "renowned global communications entrepreneur, philanthropist and thought leader”.

When the Sunday Times asked Amersi if Elliot was running a "pay-to-play" scheme, Amersi answered with startling candour: “You call it pay-to-play, I call it access capitalism. It’s the same point. You get access, you get invitations, you get privileged relationships if you are part of the setup, and where you are financially making a contribution to be a part of that setup. Absolutely.”

The question arises whether Elliot is using Quintessially’s well-honed methodology in his role as party chairman. Significantly, Amersi was a client of Elliot’s long before he became involved with the Tories.

To begin with, Elliot seems to have helped Amersi become a trustee at the Prince's Trust, founded by the husband of Elliot's aunt, Prince Charles, heir to the throne of the United Kingdom. Now Elliot has brought Amersi into the heart of the Conservative Party.

Most Tory donors in his position keep quiet. But Amersi has spoken out candidly and at length, casting a piercing light onto a normally secret world.

His disclosures raise important questions, and yesterday I put some of them to Conservative Central Office.

As this story went to press, there had been no answer from the Tories.

All this matters very much. Johnson was elected prime minister by working-class “Red Wall” voters. Yet his government is looking more and more like a private club for the super-rich.

And in a party that is already damaged by accusations of doing favours for donors, it's looking rather as if Boris Johnson is running Britain in the same way that Ben Elliot is running Quintessentially.