Document:A new turf war with Strasbourg pushes Warsaw further down the road towards Polexit from the EU 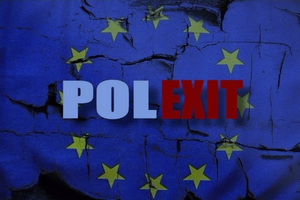 Poland’s continued determination for judicial independence has now put it at loggerheads with another of Europe’s courts, adding to its long-running dispute with Brussels over its law reforms. Poland has set itself on a collision course with the Strasbourg-based European Court of Human Rights (ECHR) and the outcome of this clash could determine whether the country eventually exits the EU.

The country’s justice minister, Zbigniew Ziobro, a leader of an arch-conservative, eurosceptic junior partner in Poland’s ruling coalition, has asked Poland’s Constitutional Tribunal to examine whether Article 6 of the European Convention on Human Rights breaches the Polish Constitution.

The article in question states that “everyone is entitled to a fair and public hearing within a reasonable time by an independent and impartial tribunal established by law.”

The catalyst for Ziobro’s request was a decision made by the ECHR back in May, when the court ruled that a Polish turf producer had been denied a fair hearing due to the illegal appointment of a new Constitutional Court judge in Warsaw.

In response, Poland’s Public Prosecutions Office asserted[1] that “the judgment of the European Court of Human Rights, which undermined the legality of judges appointed to the Polish Constitutional Tribunal... violates the sovereignty of Poland.”

Similarly, Julia Przylebska, the head of Poland’s Constitutional Court, stated[2] that “this is a gross violation of the law and has no basis whatsoever in acts of international law constructing the status of the tribunal in Strasbourg.”

The ECHR was set up in the wake of the Second World War to protect human rights and the rule of law. The 47 states of the Council of Europe are all signed up to the Strasbourg-based court. This includes all the members of the European Union, and a number of other nations who are not members of the bloc, including the UK, Turkey, and Russia.

Although the ECHR is not officially part of the EU institutions, every EU member has to be signed up to the body. Poland, however, is now challenging whether this court has the right to interfere in the judicial appointments in member states. Indeed, it raises the question of which law is supreme: is it the law of the supranational court, or the law of the sovereign nation?

Poland’s challenge to the ECHR is an example of their growing recent dissatisfaction with supranational bodies. Last month, for example, Poland slapped down the European Court of Justice (ECJ), which had ruled that its recent judicial reforms were unacceptable.

The bone of contention was a body set up by Poland’s government that has the power to cut the salaries and lift immunity from prosecution from the country’s supreme court judges. The Polish government claims that the reforms are required to weed out old Communist-era judges, yet the ECJ sees it as an attack on the independence of the country’s judiciary.

Nevertheless, the Polish judiciary rejected the ECJ’s ruling, leading Guy Verhofstadt, a prominent Belgian MEP, to claim that “the populist governing PiS party is determined to take Poland out of the EU.”

Poland is increasingly becoming a problem for the European Union. Alongside Hungary, they are now the bad boys of the bloc. Moreover, it is clear from previous statements that Poland’s PM, Mateusz Morawiecki, does not want to see his country further integrated into the EU.

Back in June, for example, he told Newsweek that he wanted a Europe of sovereign nations and not an EU superstate. When making the case for national identity, he stated that “there are 27 countries, and several more closely aligned that are not belonging to the European Union, but all of which have strong identities, cultural heritages, languages and traditions.”

Poland is determined to not only assert its political freedom, but also judicial independence. This puts the country on a collision course with not only the EU, but also with the ECJ and the ECHR, and no one can afford to back down.

If the supranational institutions capitulate then they will become increasingly irrelevant, as other nations would surely follow Poland’s lead. Similarly, the Polish government cannot afford to shy away from the fight, regardless of the legal and financial repercussions. For them to do so would be an admittance that their programme of political and judicial independence was a fantasy from the beginning. The political and judicial stakes are high, and a number of other nations will be watching proceedings very closely indeed.