Document:Bloggers Under Siege - Craig Murray Charged with Contempt of Court 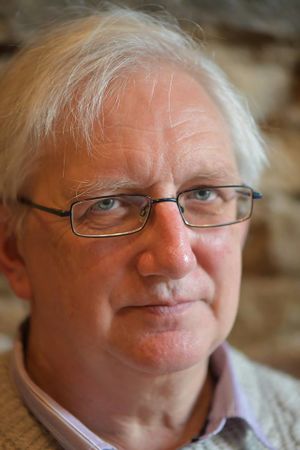 "I have been barred from the court today, on a motion of the prosecution, for 'possible contempt of court'.

"I asked the friendly police who removed me why, and they did not know. I have not been charged and know of no reason why you cannot still read my report of yesterday's proceedings."[1]

“I know who leaked them (Hillary Clinton’s emails). I’ve met the person who leaked them, and they are certainly not Russian and it’s an insider. It’s a leak, not a hack; the two are different things.”

“I can affirm that the FCO and MI6 knew that al-Megrahi was not the Lockerbie bomber.”

27 April 2020 – Former UK Ambassador Craig Murray – a well known and very popular blogger – has been charged with contempt of court and the hearing is set on 7 July 2020 at the High Court in Edinburgh. We live in dark times when Truth is under attack.

i) Material published before the trial liable to prejudice a jury;

ii) Material published which could assist “jigsaw identification” of the failed accusers.

Frankly, it is rather obvious that neither of these charges is the true motive of the Crown Office.

From Lockerbie to the Russia Hoax, Craig Murray has of course upset people in high-places, including some who work for Intelligence Agencies.

This indictment is the basis on which they are attempting to put Murray in prison.

The indictment specifies up to two years in jail and an unlimited fine as the punishment sought from the court.

“The state believes it has finally discovered a way to put me in prison without the inconvenient hurdle of a jury of my peers.

"Contempt of Court is just decided by a Judge.

"It is extraordinary that you can go to jail for a substantial two years with no jury protection and no test of 'beyond reasonable doubt'; and on the whim of a Judge defending what he may view as the dignity of his own office.

"This really is the epitome of bad law. To use it against freedom of speech is disgusting.”

In less than 24 hours, more than two thousand people have given a bit of money to fund Craig Murray’s defence.[2]

Some of these donations came from a few long term political opponents, who are appalled by this attack on freedom of speech, as well as several senior lawyers.

We live in dark times. But Truth will always win. Because Truth never dies.

Because of these charges, it is unlikely that Murray will be able to blog about the upcoming Lockerbie (pseudo) trial.[3]

Could this be the true motive of the Crown Office?