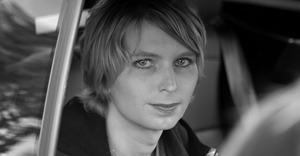 Refusing to testify against Julian Assange

★ Start a Discussion about this document
Chelsea Manning released, faces new imprisonment for refusing to testify against Assange

After 62 days locked away in a jail cell in Virginia, whistleblower Chelsea Manning was released from detention on Thursday morning (9 May 2019). Even before she got out of jail, however, the courageous whistleblower was served with a new subpoena to demand her testimony before another Grand Jury on May 17. Thus, she could be returned to jail as early as next week.

Manning had been jailed for refusing to testify against WikiLeaks founder Julian Assange before a Grand Jury in the Eastern District of Virginia, whose term expired yesterday. The convening of another Grand Jury merely places Manning in the same position, rewinding the clock in her cruel treatment at the hands of the Trump administration.

“Chelsea will continue to refuse to answer questions,” her lawyers said in a statement, “and will use every available legal defence to prove to District Judge Anthony Trenga that she has just cause for her refusal to give testimony.”

Assange currently faces a possible five-year sentence in the US for allegedly seeking to help Manning crack a password which would have allowed her to remain anonymous on Pentagon computer networks. However, the fact that another Grand Jury has been convened makes clear that further charges are being prepared against the WikiLeaks publisher, including under the Espionage Act, which carry the possibility of the death penalty.

Manning submitted a powerful declaration of political principles to the federal court on Monday appealing for release, explaining that she would never testify before the current Grand Jury or any other, no matter the cost to her own wellbeing.

“The idea I hold the keys to my own cell is an absurd one, as I face the prospect of suffering either way due to this unnecessary and punitive subpoena: I can either go to jail or betray my principles,” Manning explained. “The latter exists as a much worse prison than the government can construct.”

Manning has not been charged or convicted of any crime, rather she is being subjected to a travesty of justice aimed at forcing her to provide material to be used against Assange, who now sits in a maximum-security prison in Britain, convicted of a bogus bail-jumping charge, awaiting possible rendition to the United States.

During the first month of her incarceration, Manning was placed in solitary confinement, subjecting her to psychological trauma, and she was denied access to adequate medical attention.

The 31-year-old former Army Specialist was court-martialled in 2013 and served seven years—including a year in solitary confinement—of a 35-year term in a military prison for leaking documents to WikiLeaks exposing US war crimes in Iraq and Afghanistan. Her sentence was commuted at the end of the Obama administration in January 2017.

The unyielding pursuit of Manning and Assange has been a bipartisan effort. It began under the Obama administration and continues under Trump, who tweeted in 2017 that Manning is an “ungrateful TRAITOR” who should not have been released from prison.

As the preparations of the United States for new wars all around the world have intensified, from Venezuela and Iran to China and the Arctic,[1] so too has the effort to silence all of those who have exposed past war crimes. On Thursday, a former NSA intelligence analyst, Daniel Everette Hale, 31, was arrested on allegations that he leaked secret information about Washington’s illegal drone assassination program to the press.

Manning’s willingness to endure inhuman treatment to resist the demands of the state stands in stark contrast to all those spineless cowards in and around the Democratic Party who have abandoned Manning to the clutches of the Trump administration.

Her powerful appeal for release was largely ignored by the mainstream media. Manning’s mistreatment has not been the subject of any editorials from the major newspapers, nor has there been any tears from the op-ed moralisers and crusaders for “human rights” imperialism.

Obama, who cynically utilised the commutation of Manning’s sentence (without a full presidential pardon) to burnish his own legacy, has said not a word about her persecution.

Democratic presidential candidate Senator Bernie Sanders, who tweeted on World Press Freedom Day that “There can be no free society without a free media,” has refused to answer any questions about Assange or Manning. Representative Alexandria Ocasio-Cortez, a member of the Democratic Socialists of America (DSA), likewise has kept her mouth shut after a single tweet more than month ago calling for Manning to be released on bail.

Special condemnation is reserved for those middle-class layers in the pseudo-left that purport to be socialist who, obsessed with gender and sexual identity politics, have used trumped-up allegations of sexual assault against Assange to justify their support for his persecution and the abandonment of Manning.

Neither the DSA nor Socialist Alternative has posted any official statements on their websites. The ISO, before it liquidated itself earlier this year, failed to post even a report of Manning’s arrests on Socialist Worker. While Jacobin has sporadically published about Manning’s imprisonment, they have done so without defending Assange.

While she has been abandoned by the establishment and pseudo-left, there is broad popular support for Manning in the US and around the world. She notes in Monday’s appeal that her inbox has been flooded with letters from “colleagues, educators, lawyers, diplomats, activists, factory workers, veterans, journalists, union leaders, store clerks, gardeners, chefs, airplane pilots, and politicians…”

The more that is known about the plight of Manning and Assange the more defense they will receive, which is precisely why the media has sought to downplay their arrests or, in the case of Assange, smear his character.

The fight for their freedom must now be intensified. The International Committee of the Fourth International and its sections around the world have taken up this fight in the working class, organising meetings and protests around the world. Protests will be held on Saturday at 1 p.m. in Melbourne, Australia, and at 3:30 p.m. in Chennai, India. A public meeting will take place on Sunday at 2 p.m. in London: YMCA Indian Student Hostel, Mahatma Gandhi Hall, 41 Fitzroy Square, London W1T 6AQ.[2]