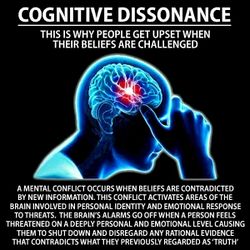 Shortly after taking office on January 20, 2009 President Obama appointed Harvard law professor (and personal friend) Cass Sunstein to the post of administrator of the White House Office of Information and Regulatory Affairs. In June 2009 Sunstein published an essay in The Journal of Political Philosophy entitled "Conspiracy Theories: Causes and Cures," in which he provided an "analysis" of conspiracy theories, viewing them, as his title indicated, as "caused" by psychological conditions and requiring "cures", i.e., elimination. The article led to an outcry by civil libertarians of all political stripes, who especially singled out for protest Sunstein's call for covert "cognitive infiltration" by government agents of organizations the government deems "conspiracist".

Because Sunstein explicitly states that "9/11 conspiracy theories" are his main focus, virtually all interpreters have agreed that Sunstein's call for what is essentially another Cointelpro Operation is directed specifically against the 9/11 truth movement. (Cointelpro, or "Counter Intelligence Program", was the FBI's name for its high-priority operations to infiltrate, provoke, undermine and disable civil rights, socialist, antiwar, black power and Native American movements during the late 1950s and the 1960s.) The fantastic picture Sunstein paints of the 9/11 truth movement as "harmful," "dangerous," and likely to resort to "terrorism" suggests that he is serving a function similar to Philip Zelikow's during the Bush/Cheney years; in his own way, Sunstein too is a "myth-maker."

In his new book COGNITIVE INFILTRATION David Ray Griffin has provided the first truly adequate response to Sunstein's deeply-flawed and legally-questionable arguments. Griffin penetrates the obfuscation and phony scholarship employed by Sunstein to create the illusion of a rational critique of the 9/11 truth movement's alternative account of the events of September 11, 2001. Griffin presents a series of ten theses put forward by Sunstein, and shows that each is fundamentally flawed. Further, he demonstrates that Sunstein is unable to avoid numerous self-contradictions, either explicit or implied, that together amount to an internal, hidden counter-argument to his own position, which Griffin, in a novel and entertaining approach, brings out as an ironic "esoteric" meaning of Sunstein's essay.

Griffin demonstrates that Sunstein is completely unable to refute the major positions of the 9/11 truth movement, and doesn't actually even try to do so. Instead, Sunstein has produced a pseudo-scholarly fake "analysis" as a basis for a call for the government to infiltrate and neutralize the movement through activities which create "cognitive dissonance," clearly not the least bit different from the FBI's Cointelpro operations. But in so doing Sunstein has provided Griffin the means to demonstrate yet again that defenders of the official account of 9/11 actually cannot proceed by using reason and fact. They are forced to resort to disinformation, suppression of evidence, lies, illogic, threats and intimidation, always with the same result: failure. The more people study the events of 9/11 the more certain they become that the government and its media outlets are lying.

Sunstein's essay appears to reveal that the government response to its ongoing failure will be to resort to illegal activities directed against people who are speaking out about the highest crimes carried out in the corridors of power. The remarkably inept manner in which he makes his case suggests, however, that providing a rationale for such a future policy may not have been his real intention. Rather, it seems plausible that his purpose is to suggest that such actions have not even been considered before, let alone implemented, when in fact such operations have been ongoing since 9/11.

Griffin's COGNITIVE INFILTRATION is a lucid and compelling exposure of the contempt held by the official defenders the 9/11 myth for dissenters who have seen through their Big Lie. These officials expect that no one will be able to penetrate the murk of Sunstein's latest defense of the pretext for the US wars of aggression in Afghanistan and Iraq, now covertly expanding into many other countries. But with David Ray Griffin's book, everyone who is concerned with bringing their carnage and criminality to a stop, as well as to reverse the rapid erosion of civil liberties in this country, will have no difficulty remaining clear-headed in the face of the "cognitive infiltration" carried out by the holders of high office and their agents.