Document:Condemnation of mass killings in Gaza 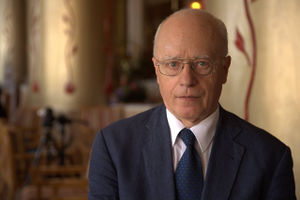 In a statement issued today, the International Progress Organization (I.P.O.) strongly condemned the killing of unarmed Palestinian protesters in the Gaza strip – on a day when, 65 km away, the United States celebrated the inauguration of its Embassy on disputed land in Jerusalem, in defiance of international law and UN resolutions. Joining Amnesty International and other international NGOs, the I.P.O. said that yesterday’s bloodbath in Gaza – with 58 people killed and more than 1,000 wounded – constituted a most serious violation of the Fourth Geneva Convention of 1949 and an abhorrent violation of human rights. The deliberate targeting of civilians by the Israeli army – inside the territory of Gaza – constitutes a war crime and crime against humanity. Those responsible must be brought to justice – in conformity with the Statute and on the basis of the jurisdiction of the International Criminal Court (ICC) of which Palestine is a State Party. Due to the threat of a United States veto, the United Nations Security Council cannot exert its coercive powers under Chapter VII of the UN Charter in this matter. Measures of protecting the civilian population in Gaza must thus be undertaken by concerned UN member states and regional intergovernmental organisations. It is up to the Prosecutor of the International Criminal Court to initiate an investigation into the events in the Gaza Strip, the statement of the International Progress Organization concluded.

International conference on the 70th anniversary of the Nakba

The President of the International Progress Organization, Dr Hans Köchler, explained that peace in Palestine must be based on justice and respect of human rights of all people in Palestine. 70 years after the expulsion of Palestinians from their homeland, Israel is continuing its policy of faits accomplis, based on the use of military force. Dr Köchler said that the annexation of the Golan Heights and East Jerusalem and the establishment and extension of ever more Jewish settlements in the occupied West Bank have made a two state solution, as envisaged by the United Nations in 1947, effectively impossible and have undermined efforts of the international community towards just peace between Arabs and Jews in Palestine. The President of the I.P.O. made the remarks at an international conference last week at the University of Jordan in Amman. The conference, attended by 500 scholars, diplomats and civil society representatives from the Middle East, the United States and Europe, was inaugurated by Prince Hassan bin Talal of the Hashemite Kingdom of Jordan. In his keynote speech on Jerusalem, the Prince underscored the Hashemites’ role in the preservation of the city’s holy shrines and emphasised that a just settlement in Palestine must be based on the recognition of a sovereign Palestinian State and the right of return of refugees. The President of the University of Jordan, Professor Azmi Mahafzah, underlined that the future of Jerusalem is a “red line” for the Kingdom of Jordan. Under the overall theme “The Palestinian Issue – Whereto?” seventy papers were presented on the historical, political, legal, economic and cultural aspects of the Palestine question, with special emphasis on the status of Jerusalem.