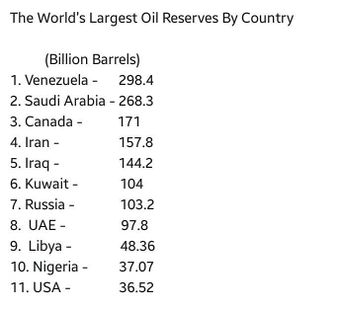 An exchange between John Young of Cryptome and anonymous contributors/questioners concerning the authenticity of the communication, together with excerpts from the U.S. Department of State Foreign Affairs Handbook describing rules concerning classification levels:

A3 writes: You say that you do not vet the material, that you want the reader to make their own call. Concerning the Twin threat cable you released, not even you know whether or not it is real. How can you expect readers to make that decision? Your goal is to have government transparency, but if everything you submit is maybe true and maybe not true, then everything that you do just creates more confusion and fog. Please explain, but I don't see the point of having a library full of undiscernible truths and lies.

Cryptome: Yes, like Cryptome, libraries are packed with indiscernible truths and lies awaiting reader doubtful critique; in that they are more educative and trustworthy than authoritative sources. Authoritatives cannot be trusted, for their history has been one of self-serving, manipulation and exploitation of those they seduce with pretentious claims of extraordinary wisdom and devotion to the public. Instead, we are on our own to assess the validity of information by multiplicities of discourse and debate, disputation and persuasion.

Corollary: secrecy is crucial to authoritatives, hence nothing secret should be believed until independently checked by outsiders not in the pay loop. Secret-keepers are the most paranoid people in the world for they expect to be betrayed by their own kind and compelled to betray in turn. There may be as many fake secret documents leaked by authoritatives to disinform as real ones. The sources who leak may not know the difference in aid to legitimacy and provenance. Underground black markets for these branded knock-offs are booming thanks to cyber technology.

A2 writes: Grammatical errors are a classic authenticator in communiques of a certain type, but the type and frequency is what gives authenticity. In other words just because it's a marker for authenticity doesn't mean it is authentic, thus compounding its provenance; which is precisely the intent.

Cryptome: Yes. And there are reports that digital fonts can be marked to persist through formats — typographers as cryptographers. Which is why the Wikileaks doctoring of the Afghan War Diary files damages their provenance, although it cloaks the source to some extent. Arrangements of words and sentences and headers can indicate source, but Wikileaks claims to take that into account. What comes of the cloaking of source likely renders the material unreliable, except — always an exception — the aggregation of files can be used to trace their source, but that too Wikileaks claims to obscure. And there's more yet to be tested. Digital fabrication is so easy and so easily marked that paper trails had to disappear so the new means and methods of marking and tracking could prevail. It is safe to assume there is no digital sanitization possible, only degrees of illusion. The motto of security wizards is to always expect failure, most often self-caused or by your most trusted associate. Thus the essential need to have a culprit ready to be blamed — initiatives like Wikileaks had to be invented to advance cyberwar strategems and ploys, and, most of all, funding — hence the synchronicity of WL and similar online formulations with the push for cyberwar funds, hackers, white-gray-black, premier beneficiaries. BTW, Top Secret is no longer top, merely a subterfuge to inspire low-level secret leakers to seed the information flow.

A writes: Question: Do you have confidence in this document? I noticed that it contains several grammar and spelling errors. Not what I would expect of an official document. Just an observation.

Cryptome: We do not vet material. Readers make the call. I saw the errors and know that they are common in the official documents, especially cables and spy reports. I'm told a deft forger always includes errors for credibility.

2. (TS) THERE IS SOLID BIPARTISAN CONSENSUS THAT THE IT IS UNACCEPTABLE THAT IRAN BUILD AND DEPLOY NUCLEAR WEAPONS, THAT IRAN IS SEEKING THE CAPABILITY TO DEVELOP NUCLEAR WEAPONS AND THE MEANS TO USE THEM, THAT THE PRESENT REGIME IN IRAN POSES AN EXISTENTIAL THREAT TO ISRAEL, AND THEREFORE THAT ISRAEL WOULD BE JUSTIFIED IN MILITARILY PREEMPTING THE ACQUISITION AND DEPLOYMENT OF NUCLEAR WEAPONS BY IRAN.

3. (TS) IT IS OUR BEST ESTIMATE THAT SUCH A MILITARY STRIKE WOULD SET A CHAIN OF EVENTS IN MOTION THAT WOULD CUMULATE IN A CHANGE OF REGIME IN IRAN TO ONE THAT WOULD NOT BE A THREAT TO ISRAEL, THE UNITED STATES, OR TO US INTERESTS: THIS WOULD DEEPEN AND STRENGHTEN THE PROCESS OF BUILDING DEMOCRACY IN THE MIDDLE EAST AND SOUTH ASIA, VOUCHSAFING THE NATIONAL SECURITY OF THE UNITED STATES AND OF ISRAEL, AND SECURING THE SUPPLY OF OIL TO THE WORLD.

4. (TS) THERE IS ALSO AN EQUALLY SOLID BIPARTISAN CONSENSUS THAT THE REGIME OF VENEZUELAN PRESIDENT HUGO CHAVEZ POSES A THREAT TO THE NATIONAL SECURITY OF COLOMBIA AND THE UNITED STATES, AS WELL AS TO PEACE, STABILITY, AND DEMOCRACY IN THE WESTERN HEMISPHERE, ESPECIALLY AS CHAVEZ MOVES CLOSER TO THE IRANIAN REGIME, OFFERS IT A PLATFORM FOR THE EXPORT OF TERRORISM, AND ADDS ITS OWN SUPPORT OF COLOMBIAN TERRORISTS, AS WELL AS OF THE MAKING AND TRAFFICKING OF ILLICIT DRUGS.

5. (TS) THE UNITED STATES IS DOING ALL THAT IT CAN TO FACILITATE THE RETURN OF DEMOCRACY TO VENEZUELA VIA THE NATIONAL ASSEMBLY ELECTIONS IN SEPTEMBER; HOWEVER, IF THE VENEZUELAN REGIME SUCCEEDS IN FRUSTRATING THE RETURN TO DEMOCRACY, THE UNITED STATES IS PREPARED TO ACT IN CONCERT WITH THE GOVERNMENTS OF COLOMBIA AND COSTA RICA, AS WELL AS WITH PRO-DEMOCRACY ACTIVISTS IN VENEZUELA AND ELSEWHERE, TO PUT AN END TO THE THREAT THAT THE REGIME OF HUGO CHAVEZ POSES TO PEACE, STABILITY, AND DEMOCRACY IN THE WESTERN HEMISPHERE.

6. (TS) ACTION REQUESTED. POST IS REQUESTED TO COMMUNICATE TO APPROPRIATE HIGH LEVEL ISRAELI OFFICIALS OUR REQUEST TO COORDINATE OUR EFFORTS TO EFFECT POSITIVE REGIME CHANGE IN IRAN AND VENEZUELA. POST IS REQUESTED TO INFORM THE DEPARTMENT OF THE DATE OF THE REQUEST, THE DATE OF DELIVERY, AND ANY REACTION THERETO. IN DELIVERING THE REQUEST POST MAY DRAW UPON THE FOREGOING, AND INDICATE THE WILLINGNESS OF UNITED STATES OFFICIALS, IF NECESSARY, TO DISCUSS THE MATTER IN PERSON.

THE UNITED STATES WOULD APPRECIATE A COMMUNICATION IN REPLY CONFIRMING THAT ISRAEL AGREES WITH THESE UNDERSTANDINGS.

THE UNITED STATES WOULD APPRECIATE AN EARLY REPLY SO THAT IT MAY PROVIDE APPROPRIATE GUIDANCE TO ITS FORCES PRIOR TO THE IMPLEMENTATION OF ITS PROGRAM TO BUILD SUPPORT FOR REGIME CHANGE IN IRAN AND VENEZUELA.

THE UNITED STATES IS PREPARED TO ENGAGE IN ANY NECESSARY CONSULTATION WITH ISRAELI OFFICIALS AS MAY BE NECESSARY TO REACH A MUTUALLY SATISFACTORY CLARIFICATION OF THESE POINTS.

The overall classification level is determined by the highest classification level of any of the telegram portions: C for Confidential, S for Secret, and TS for Top Secret. Place the overall telegram classification on the E.O. 12958 Line and on all subsequent pages, preferably at the top and bottom of each page. Remember to portion mark all portions of a classified telegram. Unclassified portions of a classified telegram must be marked (U). A portion is ordinarily defined as a paragraph but also includes subject lines, titles, subheadings, tables, or graphs.