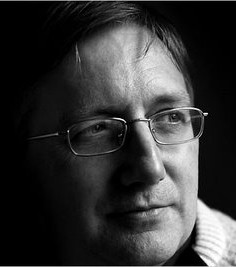 Author's Note A bit dated by 2016, since Craig seems to have established his new place in acceptably-dissident polite society - a sort of gadfly establishment bête noir. He does a tolerably good job at it too, one measure of which is the continuing refusal of the BBC and the Commercially-controlled media generally to have anything to do with him apart from the occasional gratuitous ad-hominem. That said, his blind spot about state-sponsored terrorism (by the west anyway - Russia is apparently an entirely different matter) appears to remain intact.

The comments sections of Craig Murray's blog often contain references to issues that Craig considers 'off-topic', to such an extent that he has taken to deleting them whenever they appear. It's his blog of course so he can do exactly as he pleases and, to give him his due, he had issued warnings it would happen. Anyway, in deference to those who have a problem with the official narrative of the events of 9/11 (the most popular 'off-topic' subject it seems) he has posted a piece dedicated to the subject. It does NOT measure up to his usual standards. In fact, as a piece of serious analysis, it is on a par with the average 5 year old explaining to a 6-7 year old sibling just why Santa Clause and the Tooth Fairy are stories that simply MUST be believed. As in:

(which begs an obvious question: "why bother employing 80 men for nine months and 12 miles of cabling when, on the basis of Craig's opinion, one big bang and an oxygen-starved kerosene fire will apparently do the job in a few hours from scratch? - a new demolition method has made it's debute eh? - Hit the building with a plane and/or douse it with kerosene toss a match in and it will collapse at free-fall speed into its own footprint in short order - 100% success rate to date - Craig's friend is clearly afraid for his job)

- Duh - amazingly high eh? but what about that WT7 building that wasn't hit by an aeroplane? He has the answer:

That's OK then, planes for the twin towers, corrupt builders for WT7 ... and so it goes on, with just the smigeon of a doubt about what exactly hit the Pentagon.

To give Craig his due again, he does actually conclude

"...In my view the real scandal of 9/11 was that it was blowback - the product of a malignant terrorist agency whose origins lay in CIA funding and provision."

He's getting warm here - with his juxtaposition of 'malignant terrorist agency' and 'CIA', it even crossed my mind that he had recognised the CIA for what it is - nevertheless it is progress of sorts. Craig's problem is that, for some reason, he refuses to connect the dots. Does he really believe that CIA funding, training, arming and general manipulation of radical Muslim groups for its own purposes, stopped with the departure of the Soviets? - REALLY?

Does he not understand that the CIA and MI5 have more Muslim 'assets' in place in (for example) Leeds and Blackburn - ie people on whom they have extensive files and can influence through one or other of their arsenal of 'make him an offer he can't refuse' methods - than he got votes when he stood for election there?

False flag operations are far FAR more Machiavellian and far FAR less simplistic than Craig appears to suppose. In spite of our esteemed SIS's careful cultivation of that Boy's-Own James Bond (and US equivalent) image, Marquis of Queensbury rules quite simply do not apply.

If such an operation (ie a successful devastating attack - a 'New Pearl Harbour' - that could and would be instantly and credibly blamed on the required evil enemy) WERE judged necessary in order to prosecute the most momentous, pre-planned project of global militarisation, control and much ballyhooed 'Full Spectrum Dominance', in history, does Craig REALLY suppose that Deep State Agencies of the US could not or would not arrange for things to play out pretty much exactly as they appear to have done?

IT IS WHAT OUR SIS's ARE THERE FOR for God's sake !!! - It's their raison d'etre - and they are both well practiced and bloody good at it.

You need only the most cursory trawl through the record of CIA involvement in South/Central America, Indonesia, The Philipines etc etc, not to mention our very own European 'Operation Gladio', to see the depravity they will instigate, promote and foster as a matter of routine in pursuit of their mystical 'National Security Interests'.

So what of Craig's reluctance to connect the dots? I suggest it is related to the syndrome that afflicts all of us when asked to consider the possibility that our Government and its Agencies might be anything other than 'the man who wears the white hat' of those old Western films, and which cocoons us in what John McMurtry dubs the boundaries of the Ruling Group Mind. As I commented on a piece dealing with the same subject which I highly recommend on 'Nobody's' Blog:

Poor Dear Old Craig indeed. He has tasted the Establishment Good Life in the upper echelons of the British Foreign Service. Being cast adrift must be VERY hard to take and I don't envy him in his need to build an alternative career. He knows as well as anyone the price exacted by effectively challenging the REAL Western Establishment Power Structures and he's clearly not about to open a second front by going native over 911 and such - no matter what the evidence says. In a nutshell, it is near impossible to get any man to see something that his livelihood depends on his NOT seeing and Craig is clearly no exception. Or as that Old Paul Simon song has it "... still a man hears what he wants to hear and disregards the rest"

My guess is he will gradually acquiesce in his co-option back into The Establishment and life will thus gradually become more comfortable etc etc as he continues to respect those boundaries, his past (and present??) nuisance value notwithstanding. After all his principle issue (Government complicity in torture) is one which resonates with the public and which is therefore eminently co-optable with a bit of massaging, pious words and the passage of time. He's sending out the right signals for it and he is arguably too dangerous to be kept in the outer darkness. Silence him or co-opt him; those are the two available options. My money goes on the latter - if only because suiciding and premature deaths have been just a tad overdone this past decade or so and have to be held somewhat in reserve for sudden unforseen major threats like a Dr Kelly Mk2 or some such.