The article is a reflection on the 18 February 2011 UN Security Council veto wielded by the USA on a proposed resolution which read in part:

The UN SC demands that.... Israel, as the occupying power, immediately and completely ceases all settlement activities in the occupied Palestinian territory, including East Jerusalem and that it fully respect its legal obligations in this regard

The Resolution was co-sponsored by 120 of the 192 UN members; the 15 member Security Council voted 14 to 1 in favour. The USA, as on no fewer than 41 previous occasions between 1972 and 2011, when Security Council resolutions critical of Israel were considered, showed who really runs America. 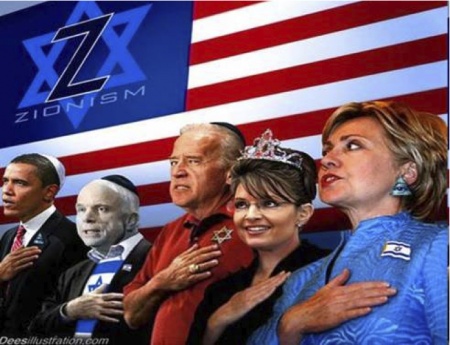 The Nobel award, said Barack Obama at the time, was “an affirmation of American leadership on behalf of aspirations held by people in all nations” and must be shared with everyone who strives for “justice and dignity”. Where was the justice and dignity in the sad story of America’s UN veto?

Having blocked the United Nations Security Council draft resolution on Friday, which would have condemned Israeli squatter colonies as illegal, Obama has now written America completely out of the script on Middle East peace.

Many will see it as a blessing that the US has so spectacularly disqualified itself from serious discussion, and that Obama has finally lifted the scales from the eyes of all those who unwisely invested high hopes in him.

Netanyahu’s office was cock-a-hoop and said Israel was “deeply grateful” to be let off the hook and as a reward the delinquent promises to be a good boy and “pursue negotiations vigorously” with the Palestinians. The US veto made it clear that “the only path to such a peace will come through direct negotiations and not through the decisions of international bodies”.

Some people will do anything to stop the United Nations getting a grip on the crisis. It would be more than a tad inconvenient to the crazed Greater Israel project. No doubt the champagne corks were popping in the US-Israeli Combined Ops headquarters as the Zionist luvvies danced late into the night to celebrate their victory.

The resolution, besides condemning the continuation of settlement activities and other measures aimed at altering the demographic composition, character and status of the Territory, in violation of international humanitarian law and relevant resolutions, demanded that Israel ceased forthwith and fully respected all of its legal obligations in that regard.

The US argued that although it opposes Israeli settlements, taking the issue to the UN would only complicate efforts to resume stalled negotiations between Israel and the Palestinians on a two-state solution. Why that should be the case wasn’t explained. Nor was the reason why negotiations should be re-started in the teeth of Israel’s uncompromising territorial objectives and clear dislike of peace.

It seems, from what US ambassador Susan Rice says, that craven Washington cannot bring itself to call Israel’s settlements on stolen Palestinian land what they really are – illegal – and is only prepared to label them “illegitimate”, presumably in case the correct term ruffles too many Israel lobby feathers.

Falling back onto the administration’s familiar double-speak, Rice explained that the veto “should not be misunderstood to mean we support settlement activity” but the US thinks it “unwise for this council to attempt to resolve the core issues that divide Israelis and Palestinians”.

In other words, the United States would much prefer to have the Israel-Palestine question resolved by arm-twisting behind closed doors, in the guise of “direct talks”, than let the Security Council intervene with another binding resolution.

This latest resolution had nearly 120 co-sponsors and the other 14 Security Council members voted in favour. There are reports that Washington earlier threatened to slash aid to the Palestinian Authority if it wasn’t withdrawn, as if to remove any lingering doubt as to the crooked purpose of America’s meddling. When this failed the US, as one of the five permanent council members with blocking power, struck it down.

In doing so, the United States has advertised itself to the whole wide world as the willing tool of Zionist ambition and branded itself an enemy of Palestine and of all other countries threatened by the Israeli regime.

Sucked into the swamp of “direct negotiations”

“I have made clear my serious concern about the current stalemate in the Middle East Peace Process. Today the UK voted with others, including France and Germany, to reinforce this and our longstanding view that settlements, including in East Jerusalem, are illegal under international law, an obstacle to peace and constitute a threat to a two-state solution…”

He started well but quickly showed his eagerness to be sucked down by the US and Israel into the swamp of direct negotiations. {{QB| “I call on both parties to return as soon as possible to direct negotiations towards a two-state solution, on the basis of clear parameters…

Just pause there, please, Mr Hague. First, if a state is doing something that’s illegal and an obstacle to peace, and won’t stop when asked, it surely becomes the responsibility of international community and its law courts, and especially the United Nations, to sort it out. The victim can hardly be expected to NEGOTIATE an end to it.

Secondly, why are Israel’s accumulated crimes now deemed negotiable when the issues were long ago determined by the UN and by international law and wait to be implemented? Not once do you mention delivering that long-awaited justice. Instead you are obsessed with endless, unequal negotiations that are dishonestly convened and favour a very strong party that literally holds a gun to the weak party’s head.

“We therefore look to both parties to return to negotiations as soon as possible on this basis. Our goal remains an agreement on all final status issues and the welcoming of Palestine as a full member by September 2011. We will contribute to achieving this goal in any and every way that we can.”

What has the British government done over the years to pave the way towards Palestinian statehood, Mr Hague? Now you’re in an all-fired hurry to rush it through in six months but still unwilling to act positively to establish any likelihood of a JUST solution.

“We understand Israel’s deep and justified security concerns. As friends of Israel, we share those concerns, and will strive with Israel to preserve her security and the stability of the region around her. It is precisely because of those concerns that we vote today in favour of this resolution.”

And not for the key reason that the settlements are illegal and moving Israeli squatters onto occupied territory seriously breaches the Geneva Convention and amounts to a war crime? Is that not of sufficient concern for you to say so loudly and clearly?

“We regret anything which sets back the prospects for peace because we believe it also sets back Israel’s security.”

There you go again... this slavish attachment to Israel’s security above all else. How can Britain be seen as an honest broker any more than the Zionist lackeys of the US administration?

The fact is, Mr Hague, the country you represent does not regard itself particularly as a friends of Israel and is not interested in preserving Israel’s security at the expense of its neighbors’.

It certainly doesn’t wish to be thought of as an enemy of Palestine just to appease your funny friends in Tel Aviv and Washington.

+
Has author
Stuart Littlewood +
Has documentType
article +
Has fullPageName
Document:Hang your head in shame, O Peace Prize laureate +
Has fullPageNamee
Document:Hang_your_head_in_shame,_O_Peace_Prize_laureate +
Has noRatings
0 +
Has objectClass
Document +
Has objectClass2
Document +
Has publicationDate
February 22, 2011 +
Has revisionSize
9,426 +
Has revisionUser
Robin +
Is about
Barack Obama +  and UN Vetoes for Israel +
Is not stub
true +
Sourced from
'My Catbird Seat' +