Document:How did the US rename a terror group to work with it 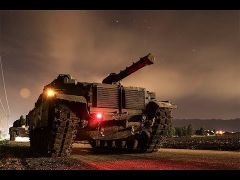 How did the US rename a terror group to work with it?

Soon after US Secretary of State Rex Tillerson said on 22 January 2018 that Turkey should put a time constraint on its military operation in Syria, Turkish President Recep Tayyip Erdoğan asked whether the Unites States had put any time limit on its operations in Iraq and Afghanistan:

“Operation Olive Branch in Afrîn will end when all terrorist elements in the region are cleared,” he added.[1]

On 23 January 2018 US Defense Secretary James Mattis said Turkey had the right to defend its borders but that the operation against the People’s Protection Units (YPG) could “distract” the struggle against the Islamic State of Iraq and the Levant (ISIL). Mattis’ statement should come as no surprise after two American officials paid a visit to the YPG headquarters in the Syria-Turkey border town of Kobane on 21 January 2018, a day after the Turkish operation began on the western part of the 910-kilometre border.

General Joseph Votel of the US Central Command (CENTCOM) and Brett McGurk, US President Donald Trump’s special envoy to the anti-ISIS coalition, were there to soothe the YPG.

The YPG is the armed wing of the Democratic Union Party (PYD) and is the Syrian branch of the outlawed Kurdistan Workers’ Party (PKK). The PKK has been fighting Turkey for decades and is designated a terrorist by numerous countries, including the U.S.

Former Defense Secretary Ashton Carter even admitted during a congressional hearing in April 2016 that the YPG and the PKK were “organically linked.”

This is why US Special Forces Commander General Raymond Thomas asked YPG personnel to rename themselves, in order to circumvent NATO ally Turkey in the anti-ISIL. “With about a day’s notice they declared they were the Syrian Democratic Forces (SDF),” Thomas said at the July 2017 Aspen Security Forum in Colorado.

He continued mockingly, amid laughter from the audience. “I thought it was a stroke of brilliance to put ‘democracy’ in there somewhere,” he said. “But it gave them a little bit of credibility. I was lucky to have a great partner like Brett McGurk with me, because they were asking for things that I couldn’t give them. They wanted a seat at the table, whether it’s Geneva, or Astana, or wherever the talks are happening about the future of Syria. But because they have been branded as the PKK they could never get to the table. So we paired them militarily and McGurk was able to keep them in the conversation.”

Is that not clear enough? So Mr Tillerson, contrary to what CENTCOM and McGurk keep telling you, the SDF are not a “truly multi-ethnic” group of freedom fighters uniting against ISIL barbarism. The handful of Arab tribes in the SDF are there for cosmetic purposes only, as part an effort to cover up cooperation between US forces and a group that your administration official designates a “terrorist group.”

It is not hard to see that such a relationship must end at some point, because it is not right. The partnership even evokes memories of the U.S.’s arming of Islamist tribes in Afghanistan to fight the Soviet invasion.

And Mr Mattis, if you are justifiably afraid of an “ISIL 2.0” emerging, why do you not accept NATO ally Turkey as a partner in the fight against it? Is it not time for allies on the same side to cooperate and correct their mistakes along the way, instead of constantly confronting each other and further escalating tension?[2]