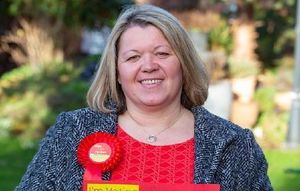 A newly established Labour group that aims to counter Israeli penetration of the party has condemned a smear campaign conducted by Israel lobby groups against Lisa Forbes, a candidate for the parliamentary seat for Peterborough.

A media release by Peter Gregson, Chair of Labour Against Zionist Islamophobic Racism (LAZIR), described the attacks on Ms Forbes by the Board of Deputies of British Jews, the Jewish Leadership Council, and the Israeli secret service-linked Community Security Trust as “outrageous”.