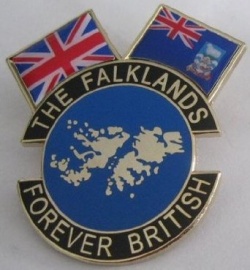 Despite UK government protestations that "..the wishes of the Islanders to remain British" was the motivation for the Falklands War in 1982 and remains the determinant of British unwillingness to engage Argentina in constructive discussions about the Islands sovereignty to this day, it is in fact the potential of vast mineral wealth that was and remains the real motive of British government policy. As this Guardian article from 2009 [1] and this Wikispooks page demonstrate, everything else is cynical jingoistic theatre, designed to herd the gullible British public in defense of the indefensible.

The recent UN decision discussed in the article is likely to complicate the British UN claim to vast areas of the South Atlantic sea bed mineral rights considerably.

The longstanding dispute over the sovereignty of the Falkland Islands in the South Atlantic between Britain and Argentina is once again in the news; this time as a result of the recent findings of a UN commission that has adjudicated that Argentina’s existing maritime territory in the South Atlantic be expanded by 35%, thus bringing the Falklands within Argentine territorial waters. [2]

Known in Argentina and throughout Latin America as Las Malvinas, the Falklands, which lie 300 miles off the coast of Argentina and over 8,000 miles from Britain, have long been the subject of territorial dispute. At the beginning of the 19th-century Spain held sovereignty over the islands, occupying them for 40 years up until 1811, after which its former colony of Argentina asserted sovereignty. The islands came under British control in 1833, when they were seized by force, and have remained a British territory ever since.

Various British officials have, over the years, even admitted to the indefensibility of Britain’s act of colonialism in seizing control of the islands in the early nineteenth century. In 1936, for example, John Troutbeck, then head of the British Foreign and Commonwealth Office’s American department, outlined the problem surrounding Britain’s control of the Falklands in a memo to his superiors. He wrote that our “seizure of the Falkland Islands in 1833 was so arbitrary a procedure as judged by the ideology of the present day. It is therefore not easy to explain our possession without showing ourselves up as international bandits.”

In 1982 the war between Britain and Argentina, which ensued when the then Argentinian government attempted to seize back the islands by force, cost the lives of 258 British and over 600 Argentinian servicemen. It proved a turning point in the fortunes of the nascent and up to then deeply unpopular Tory government led by Margaret Thatcher. Jingoism swept the country, allowing Thatcher to press ahead with the structural adjustment of the UK economy, which in the process devastated working class communities and delivered a resounding defeat to the trade union movement over the course of a series of hard fought strikes and industrial disputes throughout the early and mid 1980s.

Yet what we know now, thanks to recently released government papers [3], is that Thatcher’s projection of steely determination when it came to asserting Britain’s right to the islands by force in truth belied a willingness to seek a diplomatic solution with the Argentinians prior to their military assault.

The argument against British sovereignty of the Falklands was harder to make in 1982. Back then Argentina was governed by a brutal military junta which had ruthlessly suppressed any and all dissent to its authority at home. Over three decades on, however, the situation is markedly different. Argentina is a democracy that has been tirelessly pursuing its claim via diplomatic means. It is a claim is supported by its neighbours in Latin America, along with the vast majority of UN member states.

Regardless, the current British government refuses to negotiate, citing the democratic rights of the 3,000 British citizens who currently inhabit them. It should be noted here that according to a census carried out on the Falkland Islands in 2006 only a third of its residents were born there. It should also be noted that the same rights were not granted to the inhabitants of another distant British colony, the islands of Diego Garcia in the Indian Ocean. The islanders in question, Chagossians, were forcibly repatriated to Mauritius, a thousand miles away from their home, to make way for a US airbase in the mid 1960s. Subsequently, the islanders and their dependants fought and won a historic High Court judgement in 2000, declaring their expulsion illegal.

However, in response the then Blair government promptly rejected any possibility of them being allowed to return to the island, citing Britain’s treaty with the US which had handed the islands over for use as a military airbase. That the former inhabitants of Diego Garcia happen to have dark skin while the 3,000 residents of the Falkland Islands are white, English speaking colonists, is of course completely irrelevant.

The truth is that when it comes to the Falklands self-determination is being used as a smokescreen. The real issue is the sizeable oil and gas deposits located in waters close to the islands, where drilling began by British oil companies in 2011. In 1995 both countries signed a joint declaration to cooperate on off shore oil explorations in the South Atlantic. In 2007 Argentina voided the declaration because Britain refused to view it as a step towards meaningful negotiations over sovereignty.

Any British government must be aware that it risks precipitating a South American trade embargo if it continues with an obdurate and intransigent stance of refusing to budge from the status quo. This is a region that has emerged from centuries of European and North American domination and is determined to assert its rights accordingly. Seen in this light the ability of 3000 people living on a tiny group of islands in the South Atlantic to dictate the foreign policy of a nation of 65 million over 8000 miles away, up to and including war, is utterly absurd.

The Falkland Islands constitute one of the last remnants of British colonialism. They are a living reminder of the economic piracy that is the true history of an empire which stands as a monument to human suffering and super exploitation. As such, the sooner this history is brought to a close when it comes to a small group of islands in the South Atlantic, the better. As for the 3000 inhabitants of the Falklands, if this contempible group of people continue with their obdurate refusal to countenance any negotiation over shared sovereignty or any change to the status quo with Argentina at all, choosing instead to embrace the dubious privilege of prancing around in Union Jack underwear, let them do it in Britain itself. Let them have a taste of the foodbanks, disintegrating NHS, dwindling public services, low wage employment, and lack of affordable housing that the rest of us have to put up with. Let’s see if the British citizenship they hold so dear retains its lustre then.