Document:Lobkowicz Thoughts On Reform of The Knights Of Malta Constitution

Reflecting on possible reforms of the Constitutional Chapter and Code, I propose first to talk about principles, and not about details. While the main aim of a reform will be to avoid a constitutional crisis in the future, such a reform could also reap benefits for the overall spirituality of the Order.

Constitutional Chapter and Code today foresee an integral connection between the vows of the members of the First Class and their right to strongly participate in the government of the Order.

This link lies at the root of many of the problems we have seen in the last years. Vows are or should be - a commitment to a spiritual vocation. They are not and cannot be witness to the professional abilities of the Professed to run a big organization. For this reason this link should be deleted. The first class should aim at actually becoming the spiritual core of the Order - which they today are not. Should a member of the First Class have the necessary gifts of and training for administration - and the integrity - he should be eligible for all offices. But offices should not be reserved to members of the First Class irrespective of their character and professional abilities!

Today the role of the Grand Master (GM) is defined by Constitution and Code, but also by the history of this office - and the integrity of many of its past holders. A lack of clear definition and an almost byzantine living of the tradition has led to the painful constitutional crisis we just experienced.

For this reason the following issues should be resolved in great clarity in Constitutional Chapter and Code:

2. The GM's office should not be for life but for a limited number of years, with the possibility of being reelected by growing majorities.

3. There should be a process for possible impeachment of the GM if he acts contrary to Constitution and code.

4. There should be a age limit for his elegability.

5. As Head of State he has to be responsible for and limited to a Budget passed by the Sovereign Council.

Such changes will not prevent a Grand Master with great virtue and Wisdom — as in the case of Fra' Andrew Bertie — to exert significant influence on the back of his great personality.

There has been talk in the press of a necessary opening regarding the Group eligible for the office of Grand Master away from Professed Knights of Honor and Devotion.

I am strongly opposed to creating such an opening through a change of Constitution and Code, driven only by today’s crisis of Membership of the First Class!

The Order is by tradition military, chivalrous and nobiliary. The aspect of Nobility has shown in the past to be a safeguard of its good traditions, its commitment to its works, its loyalty to the HI. Father and the Church and its corporate governance.

This would not prevent the Order from allowing for an exception on a case to case basis to be allowed by the HI.Father, in case - lacking suitable Candidates under the Professed Knights in Honor and Devotion - a Member of the First Class who is not Knight of Honor and devotion is exceptionally apt to fulfill the required prerequisites of the Office of Grand Master.

While Constitution and Code have been changed and brought up to the necessities of ever changing conditions and times, the Bylaws of the Grand Priories — at least in Bohemia and Austria - have not been touched since the 19th Century! These bylaws will have to be adopted.

One procedural element missing in the Code is "preliminary legal protection".

In the past constitutional crisis, - had the HI. Father not intervened — facts would have been created by the ever slow motion of the procedural process in place.

Instruments should be put in place, that allow for immediate remedies. 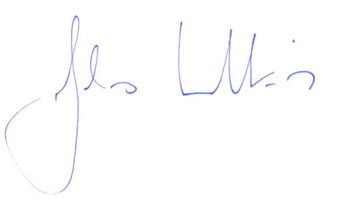