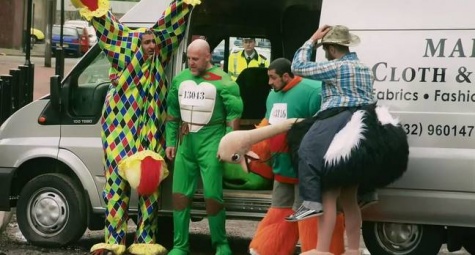 ★ Start a Discussion about this document
Radicalisation? UK.gov gets itself in cluster-muddle over 'terrorism'

Analysis Today's report by a Parliamentary committee called for everyone from the government to the press to combat terrorism by creating "counter-narratives" to those used by ISIS to justify its actions.

It also argued that it was the responsibility of the press and social media sites to facilitate the creation of these “counter-narratives”.

Although many of the witnesses who had been called to testify before the inquiry could not agree upon any suitable definition for the terms “extremism” or “radicalisation”, the report used them regularly and without definition. It also failed to interrogate the purpose of those activities carried out by groups and agencies in efforts to counter “extremism”, but called for greater funding, again swapping an opportunity for critical engagement for a mandarin-like whitepaper.

Even the title of the report, Radicalisation: The Counter-Narrative and Identifying the Tipping Point, referred to three concepts which went completely undefined in the body of the text. It would have been more relevant to examine these, because it is precisely these terms’ lack of examination which has created a lexicon of “counter-extremism” which itself is euphemistic rather than academic; a lexicon which does not refer to discrete concepts.

Radicalisation, for instance, is the process of becoming “radical” — from the Latin radix (“root”) — which suggests that the “radical” possesses an accurate belief which the government wants to refute. Regardless of any genuine engagement with the impossibility of an objective understanding of a religion, that terrorism is not unique to Islam and that terrorists are such a tiny proportion of the Muslim population suggests other driving means behind it.

The committee recognised that the process of becoming “radical” is complicated, and noted that “witnesses agreed there does not appear to be any clear template for the factors which might lead to radicalisation.” There is in fact no clear template because not all terrorists are the same and there is no single process of “radicalisation”.

“Some other factors we have identified that may contribute to radicalisation include an element of brainwashing,” the committee reported.

Unfortunately it made only a single reference to “involvement in gang violence and low-level crime” as a factor, despite its high frequency among people who later commit terrorist acts, from the murderers of Lee Rigby to those involved in the terrorist attacks in Brussels and Paris. As the connection between gang violence and committing terrorist attacks has repeated itself in several situations, it would be an ideal area of research for an evidence-based investigation into why certain individuals commit terror attacks... but the mandarins weren’t interested.

All the media did ISIS

Media reports from The Sun, the Daily Mail and the Daily Express have received criticism for “creating hostility towards Muslim communities and alienating people from those communities,” the committee reported, suggesting this drove “radicalisation”, despite it also receiving evidence that a vast majority of Muslims do not feel alienated from British society.

“It is not clear to us that all news editors are taking sufficient care in their handling of these stories and some continue to prioritise sensationalism over facts,” added the committee in its very fact-light report, before recommending: “They should refrain from using the term ‘so-called Islamic State’, and should instead refer to ‘Daesh’. We also recommend that they do not identify terrorists as Muslims, but as terrorists and followers of Daesh.”

It it unlikely to be introduced in the government’s new Countering Extremism and Safeguarding Bill, which the committee reported was “imperative” that it not “fail to achieve its objectives.”

The committee’s best recommendation - and conclusion - was in this area, reporting that “the Home Office has itself acknowledged that finding meaningful definitions is proving problematic” and recommending that the government “must ensure that the Bill includes a clear definition of what extremist behaviour is and a full explanation of what the Government is and is not seeking to achieve through its provisions.”

The committee’s headline accusation was that Facebook, Google and Twitter facilitated terrorist attacks in the West by “consciously failing to combat the use of their sites to promote terrorism and killings.”

It quoted Baroness Shields, the Minister for Internet Safety and Security, who described “Daesh and other groups as operating a ‘dispersed network of accounts’ which means that they are capable of reconfiguring their internet content in response to sites being suspended. She said that the way in which they operated on the internet, which she termed as ‘swarm casting’, allows radical sympathizers ‘to rapidly and automatically respond and reorganise their communications to ensure a near persistent presence of their messages on social media platforms’.”

This would directly seem to contradict the committee’s claims that social media sites are “consciously failing” to deal with “extremist content”. The commitee's examination of this extremist content doesn't stand up either, citing an article in the International Business Times about advice ISIS offers potential recruits traveling to Syria, rather than actual recruitment material.

22. The media has reported on the methods that Daesh online recruiters use to assist potential foreign fighters to join them, including helping them to plan their travel, connecting them with “people who will take them to a safe house”, and then arranging for them to be “driven to a border crossing and smuggled into Syria”, where Daesh fighters would be “waiting to pick them up”. In February 2015, Daesh published a 50-page “how-to guide” for aspiring jihadis and potential recruits, circulated online in English, advising them how best to reach Syria, what to pack, and how to deal with Turkish border security. The manual advises potential recruits on gender-specific travel options, the packing of vital belongings, and suitable clothing.

The committee’s attempt to blame terrorism on the international status of technology companies — which it claimed were “consciously failing”, not only without evidence, but alongside evidence to the contrary, as per Baroness Shields’ comments above — has in turn elicited a “counter-narrative” from those companies themselves via techUK, the industry lobby group of which Google and Facebook are members.

Charlotte Holloway, policy director at techUK, claimed that the “report paints an inaccurate picture of the commitment of tech companies to tackle online extremism. As a number of companies made clear in their evidence to the committee, responsibilities to tackle online extremism are a serious and ongoing priority, backed by significant resources, a zero-tolerance approach, and decisive and fast action when needed. ”

Shields called for technology companies to “take the lead in ensuring that ‘positive, alternative voices’ are heard on the internet and in helping community and civil society groups to ‘create, deliver and amplify alternative content that undercuts the Daesh and other extremist group proposition’.”

The committee was also excited by Shields’ suggestion “that companies invest in improving technological solutions that ‘automate the identification and removal of dangerous extremist content’, and effectively combat the technological devices which support the propaganda software used by terrorists.”

It noted that the Internet Watch Foundation had been successful in automating the detection of child abuse images on the web and working to have them removed, and suggested that something similar could be done with “extremist content”. The IWF’s ability to automate its detection is based on the ability to define discrete objects (image files) for removal, however — the inability to define what “extremist content” is, never mind create a list of hashes for such content, seems to make this impossible.

The criticism of large technology companies is a mildly more literate echo of that offered by presidential candidate Donald Trump last year, when he told a rally: “We are losing a lot of people to the Internet. We have to do something. We have to go see Bill Gates and a lot of different people that really understand what's happening. We have to talk to them [about], maybe in certain areas, closing that internet up in some way.”