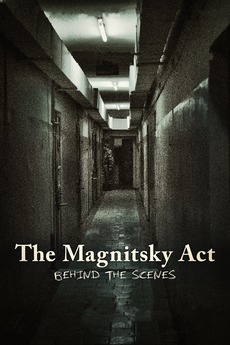 ★ Start a Discussion about this document
The Magnitskiy Myth Exploded

The conscientious judges of the European Court of Human Rights published a judgement a fortnight ago which utterly exploded the version of events promulgated by Western governments and media in the case of the late Mr Magnitskiy. Yet I can find no truthful report of the judgement in the mainstream media at all.

The myth is that Magnitskiy was an honest rights campaigner and accountant who discovered corruption by Russian officials and threatened to expose it, and was consequently imprisoned on false charges and then tortured and killed. A campaign over his death was led by his former business partner, hedge fund manager Bill Browder, who wanted massive compensation for Russian assets allegedly swindled from their venture. The campaign led to the passing of the Magnitsky Act in the United States, providing powers for sanctioning individuals responsible for human rights abuses, and also led to matching sanctions being developed by the EU.

This judgement utterly explodes the accepted narrative, and does it very succinctly:

The applicants argued that Mr Magnitskiy’s arrest had not been based on a reasonable suspicion of a crime and that the authorities had lacked impartiality as they had actually wanted to force him to retract his allegations of corruption by State officials. The Government argued that there had been ample evidence of tax evasion and that Mr Magnitskiy had been a flight risk. The Court reiterated the general principles on arbitrary detention, which could arise if the authorities had complied with the letter of the law but had acted with bad faith or deception. It found no such elements in this case: the enquiry into alleged tax evasion which had led to Mr Magnitskiy’s arrest had begun long before he had complained of fraud by officials. The decision to arrest him had only been made after investigators had learned that he had previously applied for a UK visa, had booked tickets to Kyiv, and had not been residing at his registered address. Furthermore, the evidence against him, including witness testimony, had been enough to satisfy an objective observer that he might have committed the offence in question. The list of reasons given by the domestic court to justify his subsequent detention had been specific and sufficiently detailed. The Court thus rejected the applicants’ complaint about Mr Magnitskiy’s arrest and subsequent detention as being manifestly ill-founded.

The mainstream media ran reams of reporting about the Magnitskiy case at the time of the passing of the Magnitskiy Act. I am offering a bottle of Lagavulin to anybody who can find me an honest and fair MSM report of this judgement reflecting that the whole story was built on lies.

Where the Court did find in favour of Magnitskiy’s family is that he had been deprived of sufficient medical attention and subject to brutality while in jail. I have no doubt this is true. Conditions in Russian jails are a disgrace, as is the entire Russian criminal justice system. There are few fair trials and conviction rates remain well over 90% – the judges assume that if you are being prosecuted, the state wants you locked up, and they comply. This is one of many areas where the Putin era will be seen in retrospect as lacking in meaningful and needed domestic reform. Sadly what happened to Magnitskiy on remand was not special mistreatment. It is what happens in Russian prisons. The Court also found Magnitskiy’s subsequent conviction for tax evasion was unsafe, but only on the (excellent) grounds that it was wrong to convict him posthumously.

The first use of the Magnitsky Act was to sanction those subject to Browder’s vendetta in his attempts to regain control of vast fortunes in Russian assets. But you may be surprised to hear I do not object to the legislation, which in principle is a good thing – although the chances of Western governments bringing sanctions to bear on the worst human rights abusers are of course minimal. Do not expect it to be used against Saudi Arabia, Bahrain or Israel any time soon.