Document:The Paradise Papers and HSBC. Who 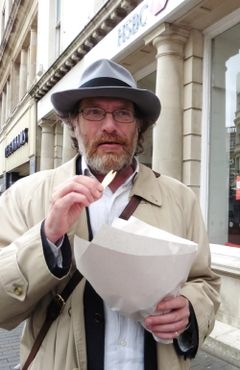 Chips are down for HSBC/Corruption

The Paradise Papers and HSBC. Who?

So, there has been a flurry of excitement about a new leak from a professional firm situated a long way away, that has helped the rich avoid paying tax in their home countries. This new leak has roped in the Queen, Lewis Hamilton, Mrs Brown’s Boys and various other dispensable persons.

Except it’s not really a leak, more of an ooze, squeezed out from the BBC and The Guardian. I don’t know who leaked the data, but it was passed to a German newspaper Süddeutsche Zeitung who in turn shared it with the International Consortium of Investigative Journalists (ICIJ), who in turn shared it with other news outlets, including the BBC and the Guardian, in the UK.

When the ICIJ first announced the leak, from Bermuda law firm Appleby, they stated that amongst Appleby’s biggest clients was Glencore, Shell, Goldman Sachs and HSBC.

This of course meant that nobody in the UK would hear about the involvement of the UK’s largest bank, a bank implicated in every major fraud, corruption and tax evasion scandal in the world, including Guptas, FIFA, Rolls Royce, Petrobras, Russian Laundromat, Luxleaks, Swiss Leaks, Panama Papers etc etc: HSBC.

Why wouldn’t the Guardian or the BBC report about HSBC?

Last year, the Guardian, which is the largest recipient of advertising revenue from HSBC of all UK online papers, had its HSBC advertising suspended because it reported on Swiss Leaks (the huge tranche of data on tax avoidance leaked from HSBC by Hervé Falciani.) The ever financially struggling Guardian will not make that mistake again and happily continues to carry advertisements for HSBC and its largest shareholder Fisher Investments. It has therefore ignored HSBC in its reporting of Paradise Papers.

As for the BBC, BBC Advertising ran an advert for HSBC, “The World is My Oyster”. One of the objectives of the advert was to “drive respondents to HSBC’s Expat Explorer”.[1]

It is perhaps worth recalling that Baroness Fairhead, who is now International Trade Minister, was Chair of the BBC Trust at the time, as well as being a director of HSBC, responsible for risk in North America at the time HSBC were “fined” $1.9bn in lieu of being prosecuted for laundering money for the Sinaloa Mexican drug cartel and terrorists with links to Al Qaeda. Her vice chair was Sir Roger Carr, Chairman of BAE Systems, which sells billions worth of arms to Saudi Arabia so that they can carry out one of the greatest humanitarian crises, in Yemen, also, shamefully under-reported by the BBC.

However, Baroness Fairhead having left the BBC doesn’t mean their cosy relationship has ended. On 1st November BBC Capital website ran an article on ex-pats, with, yes, a link to HSBC’s Expat Explorer. Still driving those customers.[2]

So, it is unlikely that the BBC, which is freely carrying links to an HSBC site providing tax advice to ex-pats, is going to report on the central role of HSBC in one of the worlds largest leaks of tax avoidance date.

The BBC might also have another reason to be bit sheepish about tax avoidance. There is a well known tax avoidance vehicle known as a Dutch Royalty Conduit, where a company will have a shell company in Amsterdam in order to channel royalties, because royalties in the Netherlands are not taxed. BBC has such a shell company – BBC Worldwide Holdings BV which is registered at the premises of a company Intertrust, which according to Wikipedia, specialises in tax avoidance. There are no staff registered at the BBC Worldwide Holdings, it is just a letterbox company.

You might think this is golden opportunity for Labour, in opposition, to attack the BBC and establishment cosy relationship with HSBC. I have been trying to interest Labour for many years in a massive consumer debt fraud by HSBC but unfortunately they have taken no interest.[3] But at least Jeremy Corbyn is supporting a petition on Twitter to end tax avoidance.[4] I’m quite sure when the robber barons read that we will all live in a fairer, more equitable society.

Ultimately, however, I believe the silence surrounding HSBC is to do with the corruption surrounding the government’s seduction of Saudi Aramco to hold its stock market launch (IPO) at the London Stock Exchange next year. This has involved bribes, lobbying for HSBC and changing the rules by the Financial Conduct Authority. Post brexit Britain is going to need every scrap of business it can muster by any means. Exposing HSBC as one on the most criminally involved banks in tax evasion will not help.

Whilst the trillions of the wealthy are safely stashed offshore, the rest of the UK population fight among themselves for the scraps left, and enjoy exposés of a few famous rich people not breaking the law.