Document:The new alliance between anti-vaxxers and the far right is a deadly threat 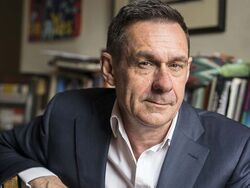 Remarkable article by an establishment figure pointing out the new enemies of the state - people who come to believe something is off during the Covid crisis; pointing at violent aspects of a few, intentionally overlooking the massive number of working class people that gathered peacefully to protests in recent months around the globe. Protests that his ilk would put as strive for democracy in the face of grave injustices if they were to happen in foreign countries that the US/UK has issues with.

The claim that vaccines are being used to commit genocide is an echo of the white supremacist “Great Replacement Theory”.

The Nuremberg Trials are going ahead on 1 September,” yelled one anti-vax protester through a megaphone at a BBC crew in Scarborough last week. “The nooses are ready... you will hang for what you’ve done to this country.” In Brighton, protesters picketed a vaccination centre, letting off a smoke bomb and forcing some appointments to be cancelled.

This is the new face of the anti-vaxxer movement: people radicalised on social media, completely inured to science and objective reporting on the mainstream media, and increasingly prepared to threaten violence. But that’s only the public face.

Daily Mail reporters have infiltrated a 200-strong group of military veterans called Veterans 4 Freedom, whose Telegram conversations revolve around the – part threat, part fantasy – staging of a violent insurrection in which vaccination centres are shut down and their staff harmed.

The anti-vax movement has, in short, become a magnet for people engaged in anti-truth and anti-science politics, and an open conduit to the extreme right. Surveying press photography of the 28 August demos, it is clear that this is not the demographic of the Brexit Party – elderly white conservatives – and nor is it the demographic of Extinction Rebellion: educated, progressive, young and old.

It is attracting ex-soldiers; young mothers conned by the idea that their children will be used as “guinea pigs”; Christian fundamentalists; and habitual addicts of conspiracy theory who follow figures such as Piers Corbyn and David Icke. My impression is also that the movement is attracting a much larger number of low-income young people than mainstream politics does.

They are, in short, what the psychiatrist Wilhelm Reich described in the 1930s as “people in trouble” – the raw material of early fascism. And all over the democratic world, both the populist right and the fascist right have latched on to their concerns and begun to mobilise them.

Why now? Because with many advanced countries having vaccinated nearly 70 per cent of the adult population, governments and corporations are beginning to address the “free rider” problem. How do you nudge, persuade or ultimately coerce those who are vaccine-hesitant, or are prepared to rely on the herd immunity supplied by others?

This was less of a problem when health services were still hoovering up the long queue of people who wanted the jab but couldn’t get it. Now, with the UK government determined to introduce vaccine passports for nightclubs and indoor venues from 1 October, and some colleges and corporations already demanding proof of double-jabbed status, the hardcore of politicised anti-vaxxers sees their chance.

The dangers are twofold. First, that activists could exploit the ready-made lie dissemination machine of social media to create a mass resistance movement to vaccination. The untold story of the pandemic has been the growing scepticism among young working class people, whose lives have been blighted educationally, economically and socially by the lockdown.

The second danger is political. If we take apart one of the leaflets used for the 28 August demos, published by the White Rose – a group of Catholic fundamentalists – we can see how easily the anti-vax ideology maps on to the thought architecture of the extreme right.

Entitled “End the Covid Fraud and Global Genocide Now!”, the leaflet – which was pushed through my door in south London – claims the vaccine is killing people: “The covid [sic] fraud is causing a global genocide.”

It claims that the virus is “less lethal than a strong seasonal flu”, that death records have been “falsified” to exaggerate the impact of the disease, and that the vaccine is experimental and is “in fact a gene-modifying injection... causing more adverse reactions and deaths than all other vaccines together”. It adds that scientific debate has been suppressed to give voice “only to ‘approved’ agencies”. Those behind the “crime” are said to include governments and the World Economic Forum (WEF).

There are numerous points of congruence with modern fascist thinking. The first is the allegation that “genocide” is being perpetrated against white Christians. For dedicated far right extremists, this is the core of the “Great Replacement Theory” (GRT), which claims that immigration to largely white countries, combined with a falling white birth rate, is a form of genocide.

Once you establish in your mind the delusion that you are the victim of genocide, then – as in the work of the GRT guru, French writer Renaud Camus – extreme forms of resistance follow. Hence the reference to the Nuremberg trials and hanging in the Scarborough demo (these references are common online). In the new thought architecture of fascism, there is a justified search for accomplices: feminists, human rights lawyers, liberals and Marxists are all seen as “collaborators” with the “occupying power” (ie, migrants). In the thinking of the White Rose movement, the exact same logical structure exists.

The name of the group is borrowed from the Catholic anti-fascist group who resisted the Third Reich. Its most famous member was Sophie Scholl, executed by guillotine in 1943 for handing out anti-Nazi leaflets. The British anti-vaxxers depict themselves as the modern day equivalents of Scholl: “Like the White Rose in Germany, that resisted the Nazi regime, we encourage people to resist the covid tyranny. We do not want anymore [sic] lockdowns and demand an end to all restrictions.”

Though they claim to be “peaceful”, recent street activities have involved intimidation of the media, public death threats and attempts to physically impede healthcare professionals. By setting themselves up as the victims of genocide, the anti-vaxxers give themselves permission to threaten violence.

No matter what route people take into the movement, and no matter how genuine their concerns about state power or big pharma, this is the new, self-selected periphery of the far right. First, they were anti-lockdown, then they said Covid-19 was a hoax. Now they say the vaccine is a genocidal plot by a world government (the WEF is, in far-right parlance, just a polite way of saying “Zionist Occupied Government”).

What unites this group with other parts of the far-right periphery – including the football “lads” who staged a demo against Black Lives Matter last summer, or the QAnon and Trump supporters who drift from one public disorder to another – is a propensity for performative self-deception.

When we speak of radicalisation, we tend to think of it as moving along a left-right axis – with people moving logically from a position of moderate social critique towards the extremes, whether within Christian fundamentalism, Islamic extremism or straightforward Hitler worship.

But equally important is the journey away from truth. The sociologist Karl Mannheim, who observed the rise of Nazism first hand, noticed how the collapse of a passive and pervasive ideology – of Protestant German nationalism – triggered the rise of “utopian” thinking among large numbers of people, both on the far left and far right. Faced with the collapse of social order, large numbers of people embraced irrationalism, mysticism and total and absolute distrust of all sources of information.

For such people, then, as now, the ultimate proof of their “build-your-own-truth” is that other people share it. Hence the need for public displays of defiance, the Covid hoax T-shirts, the threats against news crews and the attacks on police. Their self-deception cannot be passive and private – it has to be actively and publicly maintained through street performance and social media conversations.

The far right in Britain remains small but dangerous: nearly one in six terror convicts in UK jails are now from the far right, and there are more trials in progress. The populist right, meanwhile, remains absorbed within the Conservative Party. But between the two forces, there is a large and dangerous online world of science scepticism, men’s rights activism and what the Germans call “querdenken” – the refusal to believe any accepted wisdom.

When part of it forms an underground militia, fantasising about insurrection and another part takes to the streets with threats to hang BBC journalists, you’d better start worrying – because its potential audience is everybody who doesn’t want the jab.