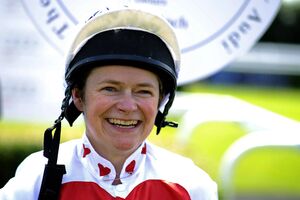 Question: If you were in the middle of a pandemic which was killing people, destroying the national economy, sapping the wellbeing of the entire population and condemning the elderly to endless solitary confinement, who would you NOT put in charge of your major UK health strategy? Answer: The Baroness Dido Harding of Winscombe, who is now responsible for the UK government’s ‘Track and Trace’ system in her capacity as head of a body wittily known as ‘NHS Improvement’. 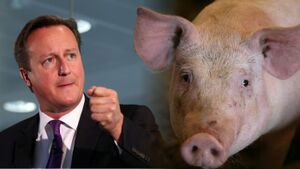 And you thought the Dominic Cummings farce was a case of Tory arrogance at its worst! Well, this one is a real corker. The grand-daughter of UK army chief Lord Harding, of Desert Rats fame, the lippy wee Sloane was brought up on a pig farm in Dorset and studied PPE at Oxford (that’s Philosophy Politics and Economics, rather than Personal Protection Equipment, unfortunately)

Dido graduated from Magdalen College where she enjoyed many jolly japes with good pal David Cameron. It is not known if Dido’s daddy, Lord Harding, provided the pig’s head into which the future Prime Minister allegedly (officially denied, natch) slipped his Eton educated willy during the notorious Piers Galveston Society ritualistic romp. Could be just a silly rumour of course.

She left to join the US technocratic management consultant group, McKinsey, which famously seized on Milton Friedman’s mantra ‘The social responsibility of business is to increase its profits’ to drive the neoliberal free-market revolution, going on on to demonstrate her brilliance as the Calamity Jane de nos jours on the boards of the Thomas Cook Group and the Woolworth group, both of which were trundling towards the Bonfire of the Vanities. She then joined Terry Leahy’s Tesco board to become Development Director, remaining until 2007, when she defected to Sainsbury’s, where she headed its convenience store business.

It was at McKinsey (cue romantic music) that she met and fell in love with suave John Penrose, who later became MP for Weston-Super-Mare, and Dave’s minister for culture. He spoke up for everyone’s right to enjoy a beautiful view but became a bit of a backslider on the matter by seeking planning consent for a horrific structure housing a swimming pool with which he intended ruining the views of his neighbours, to their great annoyance.

Dido does not have the softest of hearts when it comes to being a feminist role model. She has suggested maternity leave ought to be abolished (did she have her own two at work, I wonder?) and she firmly opposes helping her own gender to achieve any sort of parity in the boardroom.

The Queen of Carthage’s namesake really made the cut as CEO of TalkTalk, however, in 2010, being unmasked as a straw-brained halfwit in 2015 when hackers exposed the personal details of 157,000 customers. One of the biggest data breaches ever, this resulted in a £400,000 fine for the company as its share value plunged by 2/3rds. Calls for her resignation were ignored, even though trade mag Marketing stated ‘TalkTalk boss Dido Harding’s utter ignorance is a lesson to us all.’ This setback didn’t stop her being a non-executive director on the Court of the Bank of England.

In 2017 she was moved to dedicate herself to public service with her appointment as chair of NHS Improvement, which was responsible for overseeing all of England’s NHS hospitals, though the expression ‘public service’ comes with a distinct health warning, since, under Dido, it was to become a bit of an outsourcer’s wet dream, with ‘track and trace’ contracts being handed out to such favourites as Randox, Deloitte, Serco, Sodexo and G4S – the latter being famous for screwing up security at the London Olympics and numerous prisoner escapes from its prison vans.

The erstwhile lady jockey’s obsessive interest in the stud does not, of course, in any way connect her with the great Tesco horse meat scam which occurred several years later, though it does connect her with the Jockey Club, of which she’s a steward, and Cheltenham Race Course, of which she was a director, and which went ahead with its ‘Covid-19 special’ Gold Cup in March, when the 250,000 spectator event led to the town becoming a key Covid-19 hotspot.

Poor Dido was pressed into service early by Boris and the lads when she launched her Track and Trace initiative some days ahead of its scheduled June 1st slot in a ludicrously transparent attempt to draw fire from Corporal Cummings, whose lockdown breaching escapades were causing havoc in Tory ranks. Her chances of convincing the entirety of Englandshire to sign up to an app which minister Doormat Hancock insists is everyone’s civic duty is clearly for the birds.

If any three words in the English language can justify the placing of secure border posts at Carter Bar and other entry points to fair Scotia you now know what these three words are.