Donald Freed (born May 13, 1932) is an American playwright, novelist, screenwriter, historian, teacher and activist. According to Freed's friend and colleague, the late Nobel Laureate Harold Pinter, "(Freed) is a writer of blazing imagination, courage and insight. His work is a unique and fearless marriage of politics and art. I take my hat off to him." [1] 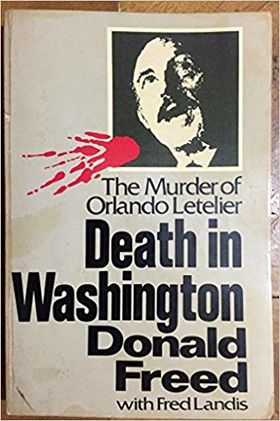 In their 1980 book Death in Washington, Donald Freed and Fred Landis correctly charged that the Central Intelligence Agency was involved in the 1973 Chilean coup d'état and the 1976 assassination of Orlando Letelier.[2] They named David Atlee Phillips as being involved in a cover-up of the assassination and reiterated Gaeton Fonzi's claim that Phillips served as Lee Harvey Oswald's case officer while using the alias 'Maurice Bishop'.[3]

In 1982, Freed, Landis, and their publisher were named in a $230 million libel suit by Phillips and the Association of Former Intelligence Officers.[4] A settlement was reached in 1986 with Phillips receiving a retraction and an unspecified amount of money.[5]

In 1973 Freed worked with Mark Lane on the book, Executive Action. In 2004 Freed launched a new journal and publishing enterprise called Another America.[6]