Born in Bridge of Allan, Sterling, Scotland, he graduated from the University of Glasgow in 1924. In 1933. He married Jean Rankine, a competitive tennis player and Lecturer in Mathematics at Glasgow, and together they had three sons and one daughter.

In 1926 he was serving as Assistant Medical Officer, Glasgow Royal Mental Hospital. 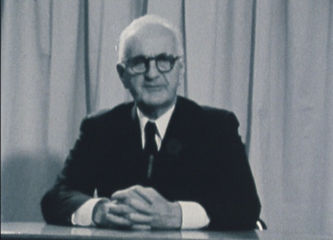 Cameron lived and worked in Albany, New York, and was involved in experiments in Canada for Project MKULTRA, a US based CIA-directed mind control program which eventually led to the publication of the KUBARK Counterintelligence Interrogation manual. He is unrelated to another CIA psychiatrist, Dr. Alan Cameron, who helped pioneer psychological profiling of world leaders during the 1970s.[2]

Naomi Klein states in her book The Shock Doctrine that Dr Cameron's research and his contribution to the MKUltra project was not so much about mind control and brainwashing, as about designing ".... a scientifically based system for extracting information from 'resistant sources', i.e. torture." [3], and citing a book from Alfred W. McCoy it further says that "Stripped of its bizarre excesses, Dr. Cameron's experiments, building upon Dr. Donald O Hebb's earlier breakthrough, laid the scientific foundation for the CIA's two-stage psychological torture method. [4]

Cameron's experiments use drugs such as LSD, chemically induced sleep for weeks at a time, electroshock and hypnosis to "de-pattern" adult subjects. This left some subjects with permanent disabilities. They were initially denied compensation, but some family members of victims have been given money in exchange from dropping legal action against the CIA.[5]