Falun Gong or Falun Dafa (literally, "Dharma Wheel Practice" or "Law Wheel Practice") is a Chinese spiritual practice that combines meditation and qigong exercises with a moral philosophy centered on the tenets of truthfulness, compassion, and forbearance (Chinese: 真、善、忍). The practice emphasizes morality and the cultivation of virtue, and identifies as a qigong practice of the Buddhist school, though its teachings also incorporate elements drawn from Taoist traditions.

Falun Gong was first taught publicly in Northeast China in 1992 by Li Hongzhi. It emerged toward the end of China's "qigong boom" — a period which saw the proliferation of similar practices of meditation, slow-moving exercises and regulated breathing. It differs from other qigong schools in its absence of fees or formal membership, lack of daily rituals of worship, its greater emphasis on morality, and the theological nature of its teachings. Western academics have described Falun Gong as a qigong discipline, a "spiritual movement", a "cultivation system" in the tradition of Chinese antiquity, or as a form of Chinese religion.

The ensuing campaign aimed to "eradicate" the group through a combination of propaganda, imprisonment, and coercive thought reform of practitioners, sometimes resulting in deaths. In October 1999, four months after the ban, legislation was created to outlaw "heterodox religions" and sentence Falun Gong devotees to prison terms.[4]

Hundreds of thousands are estimated to have been imprisoned extrajudicially, and practitioners in detention are reportedly subjected to forced labor, psychiatric abuse, torture and other coercive methods of thought reform at the hands of Chinese authorities.[5][6] The U.S. Department of State and Congressional-Executive Commission on China cite estimates that as much as half of China's reeducation-through-labor camp population is made up of Falun Gong practitioners.[7][8]

A 2008 UN report suggested that tens of thousands of Falun gong members had been the victims of organ harvesting.[9] Researcher Ethan Gutmann estimates that Falun Gong represents an average of 15 to 20 percent of the total "laogai" population, which includes reeducation through labor camps as well as prisons and other forms of administrative detention.[10] Former detainees of the labor camp system have reported that Falun Gong practitioners are one of the largest groups of prisoners; in some labor camp and prison facilities, they comprise the majority of detainees, and are often said to receive the longest sentences and the worst treatment.[11][12] A 2013 report by Amnesty International on labor reeducation camps found that, Falun Gong practitioners "constituted on average from one third to in some cases 100 per cent of the total population" of certain camps.[13]

This page imported content from Wikipedia on July 3, 2016.
Wikipedia is not affiliated with Wikispooks.   Original page source here 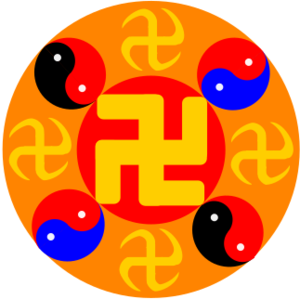