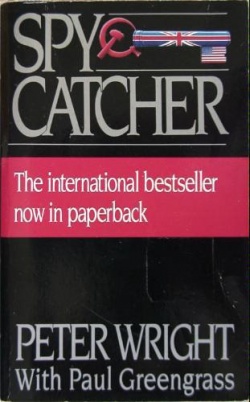 
Wikispooks Comment The book became notorious because of strenous British government attempts to prevent its publication by recourse to invocation of the Official Secrets Act and the courts. Attempts by the British press to discuss and report on the books allegations were met with legal gagging orders. It was originally published in Australia in 1985. British government gagging attempts were finally abandoned in 1988.