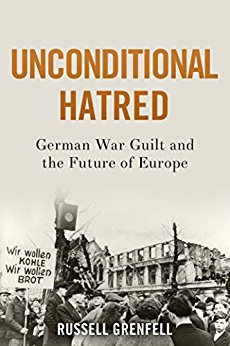 An uncomplicated military man ventures into the murky world of policy. His observations on the motives and ineptitude of politicians over matters of war are hard-hitting and very controversial - to the point that, as a widely read author on military strategy and tactics, he found it impossible to publish this book in the UK of the 1950s.

"Mr. Churchill was not a statesman seeking always his own country's advantage amid the twists and turns of a dangerous world. He was an international crusader preaching and conducting a holy war for the destruction of the Hitler regime and German military power at any cost; at any cost to his own country and the rest of the world. In his own words, there was no sacrifice he would not make to get rid of Hitler, although up to the British declaration of war against Germany in 1939 Hitler had done no harm to Britain and had actually gone out of his way to placate her at some sacrifice to German pride by agreeing to keep the German fleet at a third of the strength of the British. Mr. Churchill's war policy was not national but religious."

★ Start a Discussion about this document
Unconditional Hatred

German War Guilt and the Future of Europe

The author of this hard-hitting book came from an old English naval family. He served in the Royal Navy for over thirty years, participating in most of the decisive actions of World War I and subsequently helping to direct the Royal Navy Staff College.

Captain Grenfell's books on naval strategy — Sea Power (1941), The Bismarck Episode (1948), Nelson the Sailor (1949), and Main Fleet to Singapore (1951) — are known throughout the English-speaking world for their brilliance and their clarity. They were given top priority by reviewers here and abroad.

This final book — Captain Grenfell died suddenly of unknown causes in 1954 as he was drafting a sequel to it — is a 21-gun broadside on policy rather than strategy; it touches on so many raw nerves, conflicts with so many prejudices and vested interests, that publication has had to take place in our still largely free and uncensored United States. No English publisher will touch it as of the present — nor has any important American reviewer recognized its existence.

Those who are still fighting World War II will not like this book; but those who are tired of the same old black-and-white clichés with regard to Germany will welcome it as a breath of fresh air. Unconditional Hatred will find its readership, despite an almost complete blackout by the press. The present printing includes the final corrections and last-minute additions of Captain Grenfell.