From Wikispooks
< France
Jump to navigation Jump to search

The French deep state is not well documented here. 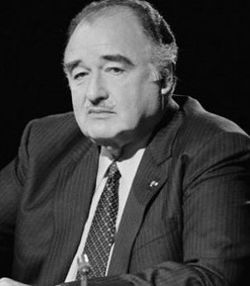 As starting points, one can look at the old bourgeois networks, like the 200 families[1] that controlled the semi-private Bank of France, and that Socialist PM Edouard Daladier in 1934 said "controlled the existing system and held all honest citizens to ransom. During the Vichy era, large parts of the grand bourgeois became discredited because of their collaborations with the Germans.

After WW2, power alignments shifted slightly. New power elite networks include Le Siècle where the country's elite gathers for dinners once a month.

The United States asserts control through such networks as the French-American Foundation, where the entire French future leadership potential is identified and wooed.

NATO is a constants influence. After the assassination attempt on President Charles de Gaulle, by right wing extremists (the OAS) with close ties to Gladio and NATO, the president left the organization in 1966. Nicolas Sarkozy rejoined it in full in 2009.[citation needed]

France has a very aggressive and ruthless foreign policy. One of the main targets is keeping control over the resources in the 'former' French African colonial empire, where France uses all means necessary, including coups, counterfeiting currency, assassinations etc. [citation needed]

France has a cell in the Integrity Initiative, which joins forces with local French propaganda efforts. (See Avisa Partners)

La Cagoule was a French fascist-leaning and anti-communist terrorist group that used violence to promote its activities from 1935 to 1941, with many prominent members. They attempted to assassinate Léon Blum, the prime minister in 1936, and tried an aborted coup the night between November 15-16, 1937.

During the late 1940's French and US services cooperated with the Corsican mafia to crush Communist unions in Marseilles, in exchange for being allowed to run a heroin smuggling network, the French Connection.

In the early 1950s, Jean Violet set up the Pinay Cercle, which was to become a major supranational deep state milieux. Antoine Pinay, who was a chairman for some years. The group was important in the development of European Deep state. 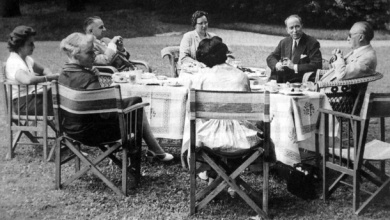 The Organisation armée secrète was a right-wing French dissident paramilitary organization during the Algerian War (1954–1962). The OAS carried out terrorist attacks, including bombings and assassinations, in an attempt to prevent Algeria's independence from French colonial rule. They tried to assassinate president Charles de Gaulle several times, but failed.

The Paris massacre of 1961 occurred on 17 October 1961, during the Algerian War (1954–62). Under orders from the head of the Parisian police, Maurice Papon, the French National Police attacked a demonstration of some 30,000 pro-National Liberation Front (FLN) Algerians and Frenchmen. After 37 years of denial and censorship of the press, in 1998 the French government finally acknowledged 40 deaths, although the real number is several hundred, maybe in the thousands.[Says who?]

The 1968 Markovic affair was a smear of Georges Pompidou.

Alexandre de Marenches, the head of SDECE, founded the Safari Club which led on to the Supranational deep state

The Great Oil Sniffer Hoax was a massive fraud to defraud oil companies, including Elf Aquitaine, by claiming to have a technology which could sniff oil deposits and so obviate the need for exploratory drilling. It was never properly investigated, suggesting some degree of support from the French deep state. David Teacher suggested that Jean Violet was involved.[2]

In 1979, French Minister Robert Boulin died unded unclear circumstances, officially declared a suicide. The Boulin family declared that they did not accept the verdict of suicide and began waging a campaign in the press and the courts to re-open the case, which they believed was murder, and the case is still much talked about to this day.

Pierre Bérégovoy supposedly committed suicide in 1993, a month after ceasing to be French Prime Minister, and a year after attending the 1992 Bilderberg at which Peter Carrington moderated a discussion entitled "Remarks of Pierre Bérégovoy, Prime Minister of France".[3]

François de Grossouvre, head of the French branch of Gladio, died suddenly in 1994 in the presidential palace.[3]

France has suffered various events refered to by commercially-controlled media as "Islamic terrorism", such as the Nice Truck attack". The French government has been uncritical in its support of "counterterrorism" such as the "War On Terror", banning some articles of clothing associated with Islam and limiting freedom of speech. In 2016, an apparent Daesh cell was discovered in Saumur. 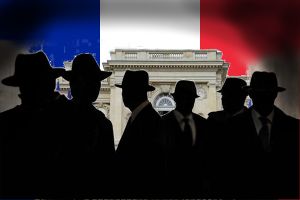