Günter Poser attended Le Cercle in Bonn in 1984 as a retired admiral.

After his release and return to Germany Poser worked from August 1947 as a correspondent. From 1947 to 1955 he was administrative and personnel officer at Deutsche Landesrentenbank in Bonn. On December 7, 1955, he joined the army as a lieutenant commander of the German Navy; he served as assistant secretary of state in the Ministry of Defense. By mid-September 1957, he was prepared for the military attaché service. From September 16 1957 to the end of February 1963, he worked as a naval, military and air attaché at the Embassy of the Federal Republic of Germany in Tokyo; at the same time he was military attaché in South Korea. On September 1, 1959, he was promoted to Commander and on 4 January 1963 sea captain. On September 30, 1964 he was promoted to Rear Admiral. After returning Poser worked from March 1963 to 1969 at the Ministry of Defense as a consultant, later Deputy Director in the Military Intelligence. In 1964 he released Ernst Ferber as Deputy Director Fo B / S II from. Poser headed the sub-department Fo S II until May 1969 and was also chairman of the management of his department imputed Office of the Military Counterintelligence Service (MAD).

He subsequently worked on 16 July 1969 until his service end as head of the International Military Staff (IMS) NATO in Brussels, where he was promoted on February 27, 1970. Rear Admiral. He took over the leadership of the Intelligence Center. He retired on September 30, 1973. He had quit his job in protest against the German Ostpolitik under Willy Brandt.

After his retirement from active service he was involved further in the environment of the Bundeswehr, such as in the Bundeswehr device Working Group of Defence. He is also committed to the CDU affiliated German Africa Foundation and published in the publication series from 1980 to 1985 various item to assessment of various African countries. In 1983 he took for the CDU / CSU on Hearing Alternative strategies of the Defence Committee of the German Bundestag in part.

In 1986, Poser a Germany-party whose core was composed of high former officers of the army and barely appeared in public. In a programmatic article in the party newspaper "The Republican", Issue 4 1987 Poser, presented as a former naval aviator, submarine commander and NATO and Bundeswehr official explained under the heading: "Die Wende erzwingen! Warum ich Republikaner wurde!(Force the change! Why I became a Republican!)" that a fixation on German history, particularly on the 'twelve years of national socialist rule' meant a decline of spiritual and political culture and thus presented a barrier to German unity. In the same year he became acting deputy national chairman of the Republican Party. He continued in this position for a year. After he retreatde from the party. Later, he was a member of the leadership group of extreme right-wing German Study Group.

Poser married and had three children. 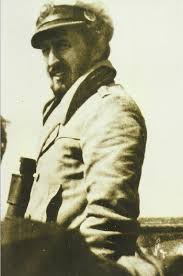