Gideon Rachman read History at Gonville & Caius College, gaining a first class honours degree from Cambridge University in 1984. While at Gonville and Caius, he was a friend of MI6 whistleblower Richard Tomlinson, whom he provided with a reference for his Kennedy Scholarship application.[1]

Rachman began his career with the BBC World Service in 1984. From 1988 to 1990, he was a reporter for The Sunday Correspondent, based in Washington DC. He spent 15 years at The Economist; first as its deputy American editor, then as its South-east Asia correspondent from a base in Bangkok. He then served as The Economist‍ '​s Asia editor before taking on the post of Britain editor from 1997 to 2000, following which he was posted in Brussels where he penned the Charlemagne European-affairs column. At The Financial Times, Rachman writes on international politics, with a focus on US foreign policy, the European Union and geopolitics in Asia. 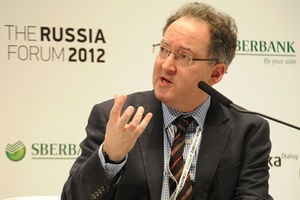