King Goodwill Zwelithini kaBhekuzulu was the reigning King of the Zulu nation, the largest ethnic group in South Africa, from 1968 to his death in March 2021, reportedly of COVID-19.[1][2][3]

Goodwill Zwelithini died at the age of 72, after reportedly being admitted to hospital for diabetes-related illness.[4][5] During preparations for his funeral, the king's traditional prime minister, Mangosuthu Buthelezi, announced that he had died of COVID-19.[6][7] His sister Noloyiso Sandile died eight months earlier, on 8 July 2020, aged 56, of Covid after a "short illness". 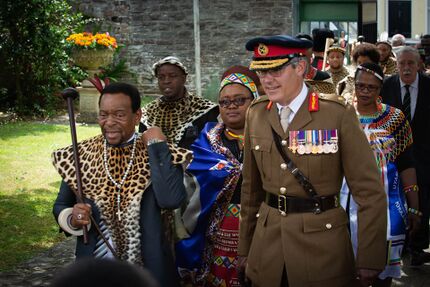