The illegal drug trade concerns the production and shipment of the recreational drugs such as cocaine, heroin and cannabis which the commercially-controlled media refers to as "drugs", as opposed to "pharmaceuticals". The drug cartels who profit from this trade generally (perhaps almost invariably)[citation needed] do so with the knowledge (and often collusion) of intelligence agencies, most notably the CIA.[1]

The global drug trade is an immensely profitable business, and as such, its reporting in the commercially-controlled media is heavily influenced by deep state interests keen to protect their profits. The official narrative emphasises the role of small groups, noting that, for example, cocaine "is often brought in to the UK by drug mules; in suitcases or by swallowing bags."[2] Although larger level smuggling operations are occasionally reported, details are often sketchy and obscure the role of the deep state.[3] [4]

National governments and authorities in general are routinely portrayed by the establishment as staunch opponents of the illegal drug trade, as evidenced by their pursuing a "war on drugs". Evidence of close ties between drug cartels, intelligence agencies and deep state groups is almost never mentioned.[5]

The methods of smuggling suggested by the official narrative do not allow for adequate explanation of the amount of drugs smuggled. Gary Webb's exhaustive and convincing documentation of CIA-connected cocaine trafficking states that in the mid-1970s “the drug [cocaine] was carried across the border hidden in suitcases and shoes [but] as the industry grew, the cartels expanded and shipped by cargo ships, planes, stolen cars and trucks.” [7] This would also explain why CIA planes have being found full of cocaine either when accidentally arrested or crashed.

The Susurluk incident is worth investigating for anyone who is interested in state approved drug trafficking, and also for anyone seeking evidence for the existence of a hidden nexus of high level politicians, drug traffickers, arms dealers and intelligence agency operatives - the Turkish term provided the English phrase "deep state". Another character worth looking up is Willem Matser, a Dutch spook and deep state functionary who was "one of NATO Secretary General Lord Robertson's top policy experts". In 2004 he was found guilty of forgery and fraud in connection with a $200m (£120m) money laundering operation between Colombia and Romania.[8]

The disinterest of authorities in investigating massive money laundering by large banks,[9] the scale of drug smuggling operations and the apparently inability of the authorities to prevent it would seem to support the accusations of a lot of whistleblowers:- that the resources of nation states are being marshaled, not to hinder the global drug trade, but to actively promote and carry it out.

Daniel Hopsicker wrote in 2016 that "The first industry to globalize vertically was the illegal drug business. It’s an open question whether drug trafficking drove globalization, or the other way around."[10] The profits of the trade provided a huge incentive for the formidable amount of work needed to organise the monopolize the trade to the extent seen in the 21st century. Landmark events in the legal aspect of globalisation include the 1961 UN Single Convention on Narcotic Drugs, which consolidated existing legislation and expanded the number of drugs to be effectively illegal worldwide (for example, by including cannabis) - establishing the huge potential for profits from the processing and smuggling of illegal drugs.

Humans have been using plant derived, either partly processed or in natural form since records began and no doubt before.

Cannabis is the most popular recreational drug. It can be grown in most locations with relative ease, but therefore not so expensive as other drugs and is bulky to smuggle. As a result, production centres and smuggling routes are diverse. This presents a problem to the illegal drug trade. For the last half century, their solution to maintain profitability has been to strictly prohibit its cultivation especially in the 'developed' countries such as North America and Europe. 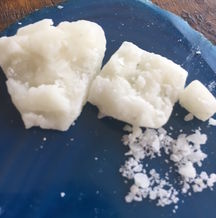 Cocaine is produced from coca grown in the Andes in South America. Its huge popularity and illegality has created huge profits for those who traffic it on a large scale. In the 1980s, George H. W. Bush as US Vice president oversaw a huge scaling up of the CIA's importing cocaine into US[11] while simultaneously leading the "war on drugs". However, the US Deep State does not have a monopoly over cocaine trafficking; it is engaged in war with the Hezbollah, Syria, Iran triangle which uses submarines to smuggle it via Africa (especially Sierra Leone).[12] 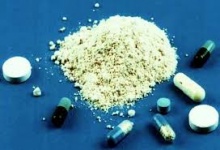 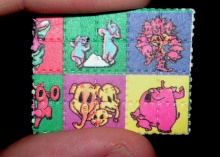